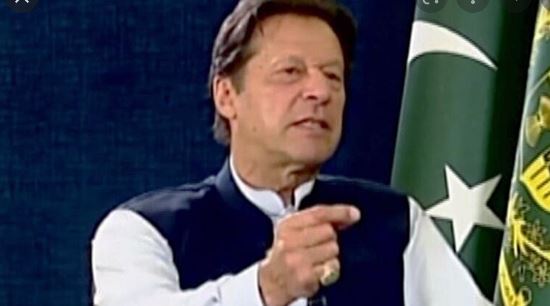 ISLAMABAD, May 02 (DNA): Chairman Pakistan Tehreek-e-Insaf (PTI) Imran
Khan has given a message to his nation in which he said that those
people cherish freedom who have faced slavery.

According to details, the Chairman PTI has named the long march as
slavery unacceptable march.

The former Prime Minister Imran Khan also said that he was stunned when
contents of the secret letter were put in front of him.

The cricketer turned politician said that he will soon announce the date
of this historical march.

According to PTI leader Mussarat Jamsheed Cheema, the party’s
Vice-President Shah Mehmood Qureshi will head the committee while Raja
Yasir Humaiyu will be deputy convener of the 11-member coordination
team.

Yasmin Rashid has been appointed as coordinator for Lahore division
while Sadaqat Abbasi will look over Rawalpindi division for Islamabad
long march, he added.

It it pertinent to mention here that the registration process of PTI
workers has been initiated in Lahore as the call for the slavery
unacceptable march is given by the party leadership.

According to details, PTI leadership is still standing their ground on
the fact that they will take two million people with them to Islamabad.

In accordance to this, Fawad Chaudhry, in a tweet, gave a call to all
the workers of the PTI youth wing to be on their toes.

The former minister for information and broadcasting also said that the
people should carry the national flags and initiate the long march. DNA