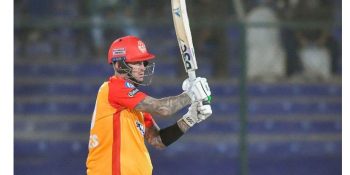 KARACHI, FEB 25 – Islamabad United produced a memorable batting display to win the sixth match of the Pakistan Super League (PSL) 2021 against Karachi Kings by five wickets. At the National Stadium in Karachi on Wednesday, it was Shadab Khan who won the toss and elected to field first. His decision proved a bad one as the Kings managed to post the highest first innings total of the competition of 196-4 in their allotted 20 overs. Opener Sharjeel Khan was the star performer as he scored his second centuryRead More 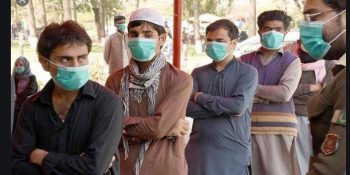 All indoor dinning, weddings to resume; cricket fans allowed to go to stadiums; work from home restriction also eliminated Ansar M Bhatti ISLAMABAD: The National Command Operation Centre (NCOC) on Wednesday decided to loosen coronavirus restrictions that it earlier put in place after carefully reviewing the second phase of precautionary measures or the Non-Pharmaceutical Interventions (NPIs). The NCOC added that the decisions could be reviewed again in view of the increased disease prevalence, whenever deemed necessary. According to a statement issued in this regard, provinces can, however, enforce targeted NPIsRead More 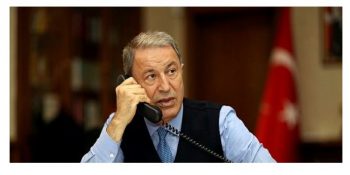 ANKARA, FEB 24 – Turkish Defense Minister Hulusi Akar exchanged views with his Polish counterpart on bilateral and regional defense and security issues during a telephone conversation, according to the Turkish National Defense Ministry on Wednesday. Akar and Mariusz Blaszczak also evaluated contributions to NATO. Blaszczak also offered condolences to Turkish nationals martyred by the PKK terror organization in northern Iraq. Turkey started an anti-terror offensive-Operation Claw-Eagle 2-in the Gara region earlier this month to prevent the PKK and other terror groups from re-establishing positions used to carry out cross-border terror attacksRead More 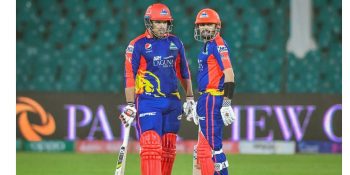 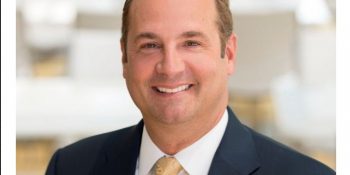 Anthony Capuano has been appointed chief executive Marriott International following the death of Arne Sorenson. He was previously group president, global development, design and operations services with the hotel giant. At the same time, the board also announced that Stephanie Linnartz, previously group president, consumer operations, technology and emerging businesses, has been appointed president of the company, effective immediately. “Tony has played a critical role in Marriott’s growth over the last decade,” said J.W. “Bill” Marriott, Jr., executive chairman and chairman of the board, Marriott International. “He will be a terrificRead More 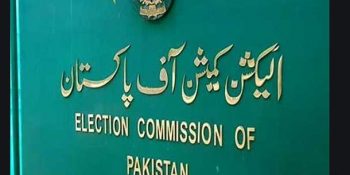 ISLAMABAD, FEB 24 (DNA) – Election Commission of Pakistan (ECP) on Wednesday has directed the concerned authorities to issue advertisement in newspapers to inform the political parties regarding the proceedings on illegal foreign funding case. According to details, 15 out of 19 heads political parties appeared before the commission today while the remaining four didn’t attend the hearing. The ECP has adjourned the hearing till April 5. Earlier, the election commission had summoned heads of 19 political parties including Pakistan Tehreek-e-Insaf (PTI), Pakistan Muslim League-Nawaz (PML-N) and Pakistan People’s PartyRead More