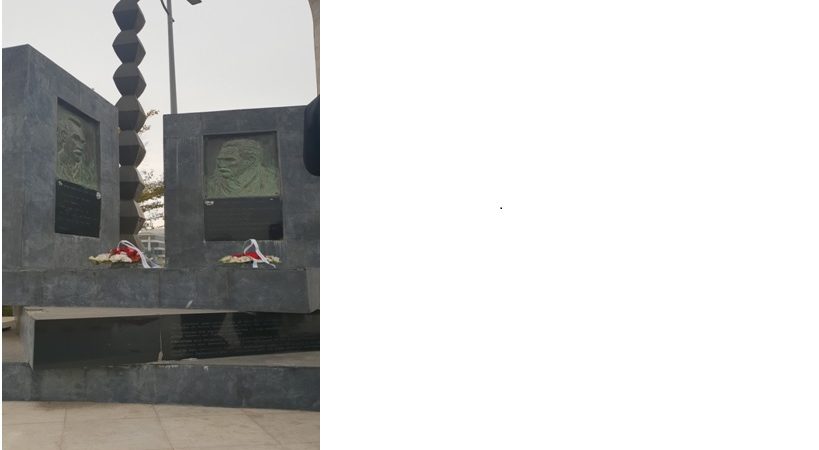 Romanian culture offers a variety of forms of folk art that have survived years of outside interference and domination. Wood carvings, brightly ornamented costumes, skillfully woven carpets, pottery, and other elements of traditional Romanian culture remain popular and, with the growth of tourism, have become known internationally

ISLAMABAD: Nicolae Goia, Ambassador of Romania has said that Romania’s National Culture Day celebrated on January 15 is the birth date of Romanian poet and novelist Mihai Eminescu, a canonical figure of Romanian literature and a representative of the local Romanticism, considered the most important poet of the Romanian language, and is cherished as a national poet in both Romania and Moldova.

Describing Mihai’s legacy, Ambassador Nicolae Goia said his works were indebted to the Romanticism of Western European poetry, but placed an emphasis on his own national allegiances. Greatly influenced by the literature of Western European authors and the philosophical doctrines of German academics such as Arthur Schopenhauer. His romantic inspirations led to poetry which reinterpreted traditional narratives of the mythological, fabled and metaphysical. Often credited with igniting a complete revolution of Romanian verse and a colossal enrichment of the Romanian language, Eminescu’s poetry debut came in 1866 when he was just 16 years old.      At 19, Eminescu moved to Vienna and began his university studies, reading both Law and Philosophy. During his time at university Eminescu became an active member of the literary scene and a frequent contributor to various newspapers and student-run publications. He stood firmly against any kind of oppression and promoted heroically the aspiration of Romanian people for liberty, freedom and independence. After completing his education abroad, Eminescu worked as a university librarian, newspaper editor and journalist although he continued to write and publish poetry. Eminescu’s masterpiece ‘Luceafărul’ (‘Evening Star’) was published in 1883. It is an epic love poem engaging the beauty of the natural world and interrogating the psyche of man. Although he left various texts, manuscripts, poetry volumes and countless letters after his death, Eminescu would only see the publication of one full collection of poetry in his lifetime, 1884’s Poems (written and published with the help of his mentor Maiorescu).

Eminescu is celebrated for both his technical achievements, his expert control of the concise, declarative language he uses, and the philosophical weight of the themes of his verse. Although known for his accomplished career in poetry, Eminescu was also an author of fictional works, his most praised prose pursuits are the Sărmanul Dionis and Cezara. Eminescu also worked as a freelance journalist and in this capacity he was a brilliant observer of the political, economic and social society of his time.

Eminescu remains one of the region’s most celebrated and luminous literary presences, both in Romania and Moldova.

The Day of National Culture represents a moment of celebration but equally an opportunity   to deeply reflect on the place and role of the Romanian patrimony within the European and universal culture as well as the importance of cultural diplomacy.

“A Latin island on a Slavic sea” or a “Latin enclave at the Orient’s gate”, Romania is the only European place where Western traditions meet the Eastern ones, where Romanic, Gothic and Renaissance churches lay in communities together with Byzantine churches, synagogues or mosques.

Romanian culture offers a variety of forms of folk art that have survived years of outside interference and domination. Wood carvings, brightly ornamented costumes, skillfully woven carpets, pottery, and other elements of traditional Romanian culture remain popular and, with the growth of tourism, have become known internationally. Folk art is characterized by abstract or geometric designs and stylized representations of plants and animals. In embroidery and textiles, designs and color schemes can be associated with particular regions of the country.

Romania is home for over 20 ethnic minorities, who preserve their language and traditions while living in multi-ethnic communities and enriching thus Romanian culture.

In this context, I would like to express my gratitude to all my Pakistani friends, for coming up over the years with splendid initiatives to celebrate our national poet and the Culture Day. The culture is one of the most important  components which defines our national and individual identity and promoting an active cultural diplomacy represents a fundamental pillar of our diplomacy through participation to the European and global intercultural dialogue.  Romania’s membership to the European Union gives us the chance to promote the diversity of our national culture  and the creative spirit of Romanians in the process of reaffirming our attachment toward the European values as well as toward universally accepted values.

We have a long and rich tradition of cultural ties with the Islamic Republic of Pakistan. The very fact that Mihai Eminescu and the great Pakistani poet Alama Iqbal have a joint monument in Islamabad shows now and forever that the geniuses have no boundaries and that Romania and Pakistan are much closer than the geographical realities indicate. Today we honour the memory of Alama Iqbal as much as we honour the personality of Eminescu for both of them, hand in hand, like in the monument in Islamabad, are illustrious figures of the universal treasure of culture. 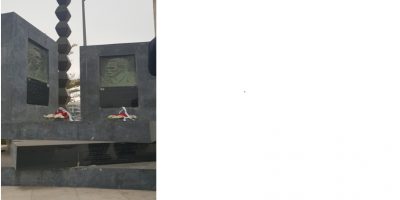 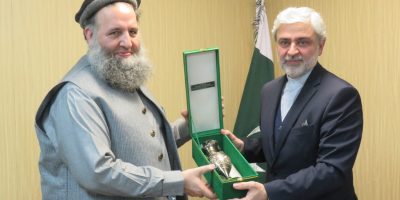