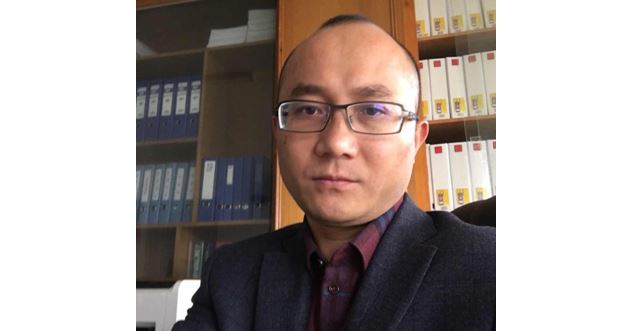 While the growth and progress of entire China continues to amaze the world in so many ways, some of the regions and parts of the People’s Republic are increasingly noticeable in this regard. South-western province of Yunnan is one such stand-out example of recent years.

That the world community chose Kunming, the capital of Yunnan, as the venue for 2021 World Biodiversity Conference is a testimony that the province is being appreciated globally for its efforts to preserve its rich natural wealth as well as promotion of eco-friendly development. It, however, is just one example to cite.

Looking from Pakistan, it is important to understand some basic facts about the province. Located at the juncture of South and Southeast Asia, the province is half the size of Pakistan in terms of landmass and almost one-fourth when it comes to population. It borders Vietnam, Laos and Myanmar and is in close proximity to Cambodia, Thailand, Bangladesh, India and, we can say, Nepal. Flight time between the capitals of all these countries from Yunnan’s capital Kunming is between hardly 1 to just over 3 hours. Direct flight from Islamabad to Kunming is also of around 4 hours’ duration.

Thanks to continuous attention and robust policies of China’s central and Yunnan’s provincial authorities, the province is witnessing one of the highest rates of GDP growth among Chinese provinces and regions, in recent years. International trade and commercial cooperation is also increasing fast, further, in size and scope. It would not be wrong to say that Yunnan is now serving as an important gateway between China and South and Southeast Asia.

Chinese and international investors are increasingly turning to Yunnan, to invest there and start their businesses – reaping the benefits of the province’s ideal location in the south-eastern part of Asia; and getting the dividends of favorable central and provincial policies and approaches. The latest among these approaches is Pilot Free Trade Zone – one of the six such zones initiated by China’s State Council now being actively built. It is recorded that activities linked with Yunnan’s Pilot Free Trade Zone are proving to promising for the province’s and as a whole China’s, commerce with South and Southeast Asia.

As a whole, the province offers immense investment, business and trade opportunities for international potential partners and Pakistani investors, businesspersons – due to extraordinarily positive relations between the two nations – stand to gain a lot if they wish to benefit from these opportunities.

When we talk about up and coming investment opportunities of investing in this beautiful province of China, some of the prefectures, cities and areas as well as their projects that are being developed for the purpose assume a renewed significance for international investors. Wenshan, Honghe, Dehong, Lijiang, Xishuangbanna, Yuxi, Lincang, Qujing, Dali and Pu’ Er are such parts of the province being specifically focused for investment.

Yunnan is also home to the best varieties of green and herbal tea as well as black tea and coffee; major producer of tobacco and its products; a huge power in terms for hydropower generation; a leading global producer and exporter of cut-flowers. The province, due to its mesmerizing landscape, historical heritage, ethnic diversity and natural wealth is a magnet for tourists from China and abroad. The floral wealth of the province is a global attraction, exported widely.

Like other parts of China, Yunnan is already engaged in various forms of commercial cooperation with Pakistan – particularly involvement in CPEC projects and slowly but gradually increasing trade. Every year, province’s capital Kunming hosts a major trade expo of South and Southeast Asianproducers and manufactures, which would no onwards be running on permanent basis, and Pakistani businesses’ have been an important feature of this activity. Doing business in and with Yunnan means not only exploring the commercial potential, but visiting Yunnan and spending time there also means enjoys one of the most pleasant environments on the face of the earth.

Pakistani students have studied in and continuing their education in institutions of higher and professional learning in Yunnan. A direct flight between Kunming and Islamabad ensued in December 2019 that would be resumed once COVID-19 related restrictions are removed, soonest we hope. However, we are nowhere near realizing the potential that exists – on both sides – for closer economic cooperation. A lot remains to be done.

Pakistan and China are commemorating 2021 as the 70th anniversary of founding of bilateral relations between the two countries. It is high time that investors, producers and traders come forward; take advantage of the opportunities that Yunnan offers and resultantly play a much needed role in further solidifying the evergreen partnership between our two countries. Policymakers and institutions, on their part, should facilitate stronger economic cooperation and people-to-people linkages for win-win cooperation and moving towards shared future.

[The writer is Director of the Overseas Representative Office (ORO) of Yunnan Commerce in Pakistan. This Op-Ed  piece is a contribution of the ORO towards celebration of 70th anniversary of Pak-China Relations.]