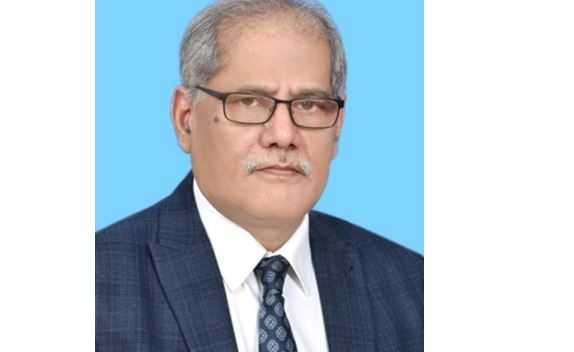 The cry of liberty, fraternity and equality which was raised during your [French] Great Revolution and officially adopted by your great Republic [France] had its repercussions throughout the world as is known to every student of history. These ideals and these principles are still buoying up the hopes of many downtrodden nations.

Quaid-i-Azam’s remarks at a ceremony when the first Ambassador of France to Pakistan presented his credentials on 2nd January, 1948

Throughout his political and parliamentary career, the founder of Pakistan, Quaid-i-Azam Mohammad Ali Jinnah remained an able, articulate and firm advocate of fundamental human rights. He remained consistent and persistent in his demands to humanize the colonial constitution schema by incorporating some semblance of justice and due process.

While spearheading the democratic struggle of the South Asian Muslims for their right to ‘self-determination’ Mohammad Ali Jinnah authored his famous 14-Points in 1929. The 7th articulation of this historic document called for; ‘full religious liberty, i.e. liberty of belief, worship and observance, propaganda, association and education, shall be guaranteed to all communities.’

Quaid-i-Azam Mohammad Ali Jinnah first entered the Imperial Legislative Council in 1909 and remained its Member till 28th March 1919-the day he resigned as a mark of protest against the passage of the Criminal Law Emergency Power Act (the Rowlatt Act). Mohammad Ali Jinnah vehemently opposed the Bill on 6th February 1919 saying, ‘It is against the fundamental principles of law and justice, namely that no man should lose his liberty or be deprived of his liberty without a judicial trial in accordance with the accepted rule of evidence and procedure.”

Quaid-i-Azam Mohammad Ali Jinnah resumed his parliamentary career when he was elected to the Central Legislative Assembly in 1923 and later to the Indian Legislative Council in 1926. His speeches and stands in these institutions bear historic testimony that he always stood for freedom and liberty, especially the freedom of speech. There are many instances when he described restrictive colonial laws as a blot on the Statute Book. For example, he criticized the Press Act-1910 for its arbitrary provisions that gave the executive powers to punish erring newspapers sans any judicial check.

In 1912 when Gopal Krishna Gokhale moved the Primary Education Bill, Quaid-i-Azam Mohammad Ali Jinnah fully backed it by saying, ‘..we are convinced that there is no salvation for masses unless the principle of compulsion (compulsory education) is introduced in this country.” However he was prophetic when he said in 1912 that “…it will take 175 years (i.e. till 2087) in order to get all school-going children to school and 600 (i.e. till 2512) years to get all the girls to school.” Quaid-i-Azam Mohammad Ali Jinnah wanted more vigorous steps in educating the people. He also forcefully responded to the critics who said that “if the common population is educated they will become ‘too big for their boots’ and will demand more rights.” Replying to the critics of the Bill he asked; ‘Are you going to keep millions and millions of people trodden under your feet to fear that they may demand more rights, are you going to keep them in ignorance and darkness forever and in all ages to come because they may stand up against you and say that “we have certain rights and you must give them to us.”

Quaid-i-Azam Mohammad Ali Jinnah also successfully piloted a private member bill;Waqf Validating Bill in 1911. The Statement of the Objects and Reasons of that Bill said it aimed at removing the “hardship” that had been created by certain decisions of the Privy Council. The Bill reproduced the Muslim law of WaqfAlalAulad in a codified form with certain safeguards for the authenticity of waqfnama and for prevention of fraud upon creditors or otherwise. The Bill was passed in 1913 as MussalmanWakf Validating Act and it received the assent of the Governor General on 7th March, 1913.

In April 1913 while speaking in the Imperial Legislative Council, the Quaid-e-Azam said, “Sir, I believe in criticizing Government freely and frankly, but at the same time, that it is the duty of every educated man to support and help the Government when the Government is right.’ On 16th September 1924 Quaid-i-Azam Mohammad Ali Jinnah opposed the Indian Criminal Law (Amendment) Bill as it curbed and curtailed the freedom of association. As an advocate of political parties Quaid-i-Azam is on record saying in the context of Government of India Act 1935, ‘…the Parliamentary system of Government which is being introduced in the country with the inauguration of the new constitution presupposed the formation of parties with a well-defined policy and program which can facilitate the education of the electorate, and cooperation between groups with approximate aims and ideals and ensures the working of the Constitution to the best advantage.’ Later in an interview with the Associated Press of America on November 8, 1945 he made it clear that he did not expect that Pakistan would have one-party Government. He said;’… he would oppose one-party rule. An opposition party or parties are good corrective for any party which is in power.’

There are many speeches by Quaid-i-Azam Mohammad Ali Jinnah that highlighted the issue of habeas corpus in the colonial India. He strongly opposed the Bengal Criminal Law Amendment Supplementary Bill by making a distinction between emergency and normal time in his speech on 23rd March, 1925. On 22nd January, 1935 he opposed the detention of Sarat Chandra Bose for three years saying, ‘Here is a member who though arrested in February 1932 has been kept under detention and when challenged to put him to trial or release him, the government takes neither step. How does the government justify the detention of Mr. Sarat Bose for one single day? Even if there is no question of privilege, is not the Assembly entitled to censure the Government for detaining without trial any person, in this case a Member of this House.’

On 3rd May, 1944, Quaid-i-Azam Mohammad Ali Jinnah denounced the repressive and oppressive measures which trample the constitutional liberty of the people during critical times. He aptly and openly demanded; “Is the present constitution under which we are working to function fully and freely and the constitutional liberty should not be interfered with or curtailed? The present Legislature is now seven years old. We have repeatedly urged that fresh elections should be held, but the government has turned a deaf ear so far. Are we not entitled to make every legitimate effort to put our house? Either we should be allowed full freedom to work or we must be definitely told to close down our shutters. But it will be a great blunder to interfere with constitutional liberties under the pretext that they might interfere with the war efforts.’

Besides the evolving parliamentary institution, Quaid-i-Azam voiced for independent judiciary at the Federal Structure in the sub-committee of the Second Indian Round Table Conference in November 1931. Dealing with the jurisdiction of the proposed Federal Court, he was of the view that if there is any measure that infringed any provision of the Constitution which included Fundamental Rights, it should be open to the subject to go to the Court.

Quaid-i-Azam Mohammad Ali Jinnah observed many legal squabbles and learnt about the legislative intricacies during his student life in London when he used to witness the proceedings of the Westminster from its gallery. He developed his constitutionalist parliamentary acumen after meeting many liberal leaning leaders in the Britain. Even upon creation of Pakistan he advised the Pakistani youth to read John Morley’s long essay, ‘On Compromise’ that emphasized the civilizational learning of accommodation and flexibility.  In his many speeches and numerous statements, Quaid-i-Azam Mohammad Ali Jinnah explicitly expressed his views on liberty, equality, justice, fraternity, protection of property of the minorities and other rights.

Quaid-i-Azam Mohammad Ali Jinnah’s thoughts were well articulated in his famous 11th August 1947 speech. Besides being the elected president of the First Constituent Assembly of Pakistan, he chaired the first parliamentary committee created on 12th August 1947 that was the Committee on Fundamental Rights of Citizens and Minorities of Pakistan. Quaid-i-Azam Mohammad Ali Jinnah led us by demonstrating his unwavering commitment for the fundamental rights. Therefore, we must not ignore our foundational gene to create a rights based society in Pakistan.

[Zafarullah Khan is Member-Islamabad at National Commission for Human Rights]