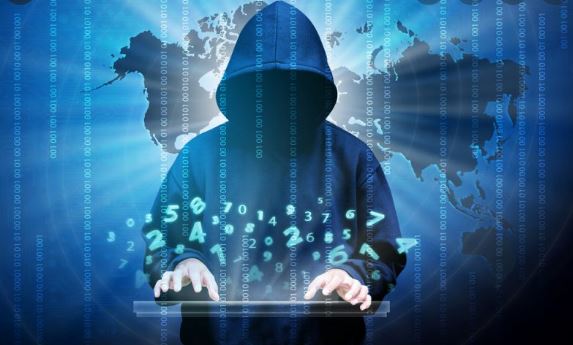 Jared Cohen former counter terrorism advisor to Hillary Clinton says “we live in a world where wars will begin as cyber wars… it’s the combination of hacking and massive, well-coordinated disinformation campaigns”. Cohen as other contemporary experts onArmed conflict emphasized on cyber warfare and disinformation. The method and techniques employed to protect the digital space from any malicious exploitation refers to cyber security.

United States- who consider itself a global beacon of democratic and a trusted ally of other like-minded democratic states- spearheaded massive disinformation campaigns, especially related to COVID-19. During the pandemic, which has seen a hugely disproportionate death toll in the US (relative to its percentage of the global population), we have seen democratically-elected political leaders flood the public discourse with disinformation in order to cover up the administrative laggings. United States spend more time and resource on blaming or shifting the public attention towards China rather introspecting the loopholes.

The report published by London school of Economics recently revealed that as part of defense strategy the United States should develop a strong collaborative relationship with the European Union (EU) in the digital and information sphere. This initiative could be included as part of a broader US government approach to the EU or be an exclusive objective for the US Department of Defense, which would narrow the relationship’s focus and separate it from other issues such as energy, migration, and trade.

The report further suggests that by building a nexus US-EU relationship would counter Russian and Chinese hybrid threats by unifying transatlantic defense and civilian digital and information governance. Big US tech companies may not like it, given their distaste for European regulations, but security needs should trump those concerns.

Harry I. Hannah a retired Central Intelligence Agency officer in her writing hints about the same partnership between US-EU which would give leverage for regulatory capabilities and effectively unify western defense and civilian governance of the digital and information environments. She reiterated about shaping this environment by choosing it as battlefield and forcing adversaries to compete under preferred conditions.

According to a report from Harvard’s Belfer Center for Science and International Affairs, The collaboration between US-EU should extend beyond periodic conferences. The permanent link must regulate capacities of the EU with the powerful military-security digital and information capabilities of the United States and NATO.This would require both the United States and the EU to compromise and implement changes that benefit the other at their own expense, with the goal of improving collective security.

Amidst cyber strategic environment which is being created by the west and the joint strategy to regulate capacity and military-security digital and information capabilities deterrence, SCO cannot rely on passive, defensive strategy. US and EU are actively considering Chinese and Russian cyber capabilities as threats going defensively offensive over it. To many extents it does not seem to be a question of countering the perceived threats from China and Russia but to dominate the realm of cyber security and having an upper hand over Russia and China; a cyber arms race.

The SCO applies its concepts of sovereignty, non-interference in the internal affairs of nations, equality and mutual respect in the fulfilment of international standards, and the battle against the vicious triangle of separatism, extremism, and terrorism to the cyber sphere.

In 2009, SCO member states signed an agreement on cyber security defining what member states as main threats in cyberspace while calling for mutual assistance and cooperation to thwart and overcome them. With a spike in cyber-attacks on China and Russia, anti-Cyber-terrorism drills were held in 2017 in Xiamen China with the participation of all the 8 member states, was aimed at improving coordination between them to counter such attacks.

SCO must call on its member states to co-operate in combating cybercrime and terrorist use of Information and Communications Technology (ICT), not to use ICT for hostile activities and aggression, nor to proliferate information weapons. The strategy must envisage a wider coverage than just cyber-conflict, including Internet governance issues, information surveillance, and content policy.

*Sabah Aslam is Founder & Executive Director of Islamabad Institute of Conflict Resolution – IICR. She is security analyst. She served as Visiting Faculty at School of Politics and International Relations (SPIR), Quaid-e-Azam University and Peace & Conflict Studies, NUML. She is EUVP Alumni.