Warm send off to Kyrgyz envoy 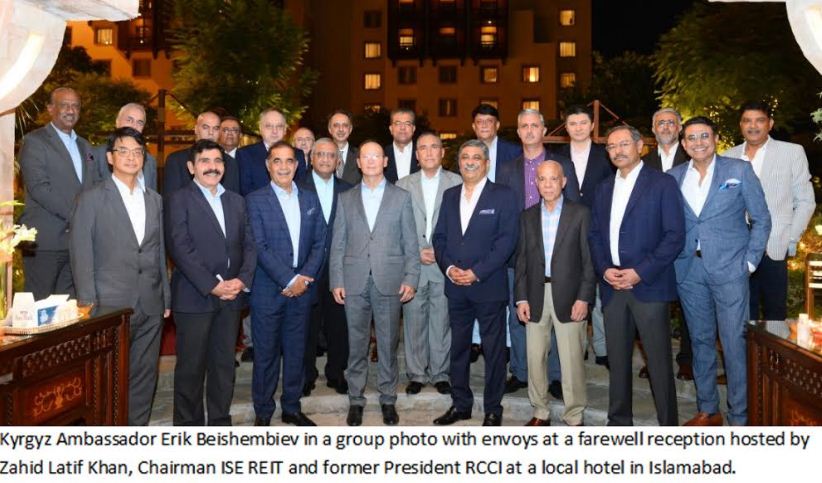 ISLAMABAD, JUL 18 /DNA/ – To bid farewell to the ambassador of Kyrgyzstan, Erik Beishembiev, a warm farewell reception was hosted by Zahid Latif Khan, CEO ISE REIT and former president of RCCI at a local hotel in Islamabad.

In his welcome remarks, Zahid Latif Khan said that Central Asia has enormous potential for boosting bilateral trade and cooperation. Pakistan attaches immense importance to its relations with Kyrgyzstan.

Largely agrarian economies and given the geographical proximity between Kyrgyzstan and Pakistan, both countries can create a wide range of marketable Agri-based raw and value added products – both for trade and consumption within the two countries. Both countries should focus on establishing direct links between their private sectors to explore untapped areas of mutual cooperation, he suggested.

Kyrgyz Ambassador Erik Beishembiev said in his address that he has spent more than four years in Islamabad and that he is grateful for the hospitality and the best impression of the Pakistani people. His country greatly values relations with Pakistan that is why it seeks further diversification and strengthening of these relations, the envoy said.

He said that our region is rich in oil, gas, mineral and water resources and we also want to benefit from these resources for Pakistan and the region, so that the countries of the region benefit from each other’s resources. He said that currently 10,000 Pakistani students are studying in Kyrgyzstan. 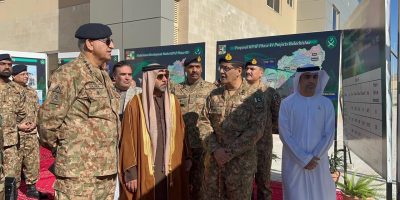 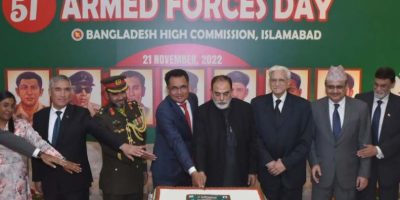