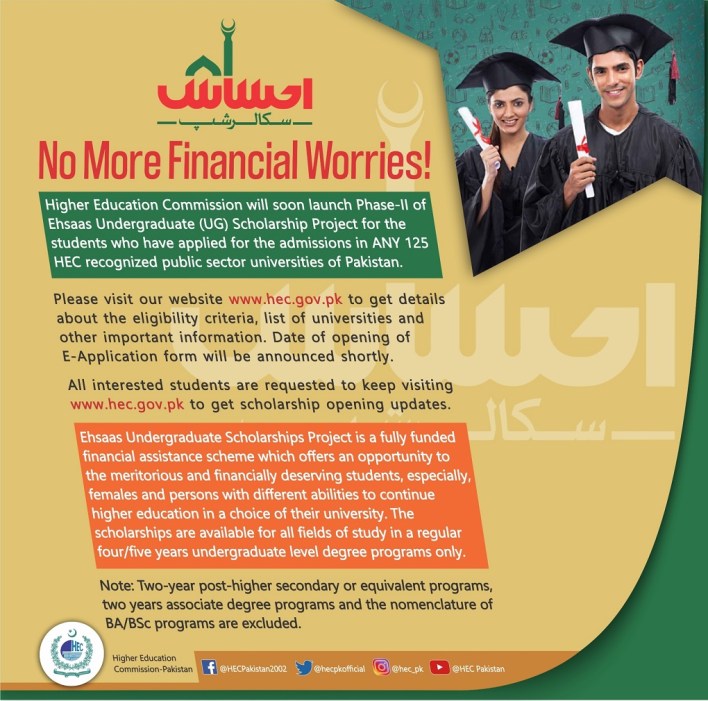 MULTAN, Jul 18 :About 25 % students (morning session) of Bahuddin Zakariya University (BZU) are availing the facility of Ehsas Undergraduate Scholarships, given by the incumbent government with an objective to promote education among poor families, hailing from across south Punjab.

The majority of the beneficiaries students are females, said Director Scholarship Cell and Dean Faculty of Pharmacy

Ehsas Scholarship initiative is one of the best programmes which offers not only fees but also provides stipends to the poor students.          As many as 470 students (morning session) are availing the facility, said Dr Uzair. Out of whom, 272 scholarships were given to female students. He said that Ehsas Undergraduate Scholarship programme very much important especially for females students.

He stated that the incumbent government was paying focus on promotion of education among female students. Educated females

can play a vital role in the progress and prosperity of the country. Similarly, the educated mothers will also help nurture society in an amicable way, he added.

About the criteria to apply for scholarships, Director Scholarships Cell observed that deserving students could apply online soon after their admission. The scholarships are being given under an open merit scheme. The families having income less than Rs 35,000 or

kids of the government employees working in grade IV are eligible to apply. The beneficiary students will get amounts through

The student will not pay visits to offices for availing the facility, he added.

Dr Uzair stated that students would obtain Ehsas Scholarships for consecutive four years, till the completion of the degree.

To a query, Director Scholarships maintained that students of sub-campuses of BZU were also eligible for Ehsas Scholarships.

meet their daily requirements. He recalled that 1732 students of the varsity had obtained scholarships during last year.

« Pakistan’s trajectory will see it help poor nations instead of ‘begging’ itself: PM Imran (Previous News)
(Next News) Warm send off to Kyrgyz envoy »