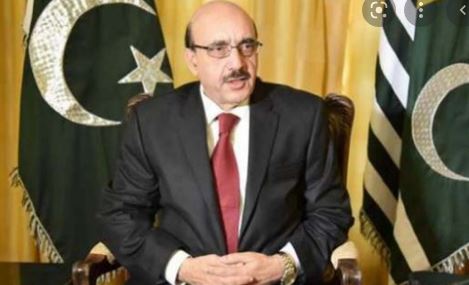 ISLAMABAD, Feb 05 (DNA): Foreign Office Spokesperson Asim Iftikhar Ahmad
Saturday said that the United States had conveyed its ‘Agre’ment’ to the
appointment of Sardar Masood Khan as an Ambassador of Pakistan to the
US.

Responding to media queries regarding Khan’s appointment, the
spokesperson in a statement said that the official approval by the US
government had been conveyed in this regard.

“Ambassador Masood Khan is a seasoned diplomat who has served Pakistan
with distinction and honour. He would assume his responsibilities in
Washington D.C. in due course of time,” it was further added.