UN calls for ‘stop’ in fighting to allow Mariupol evacuation 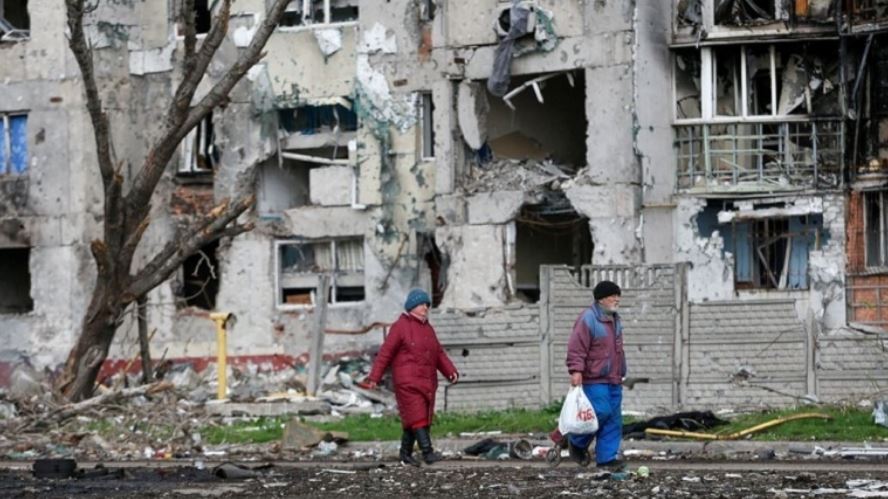 The United Nations Ukraine crisis coordinator, Amin Awad, on Sunday called for an “immediate stop” to fighting in Mariupol to allow the evacuation of trapped civilians in the battered city “today”.

“The lives of tens of thousands, including women, children and older people, are at stake in Mariupol,” Awad said in a statement. “We need a pause in fighting right now to save lives.

“The longer we wait the more lives will be at risk. They must be allowed to safely evacuate now, today. Tomorrow could be too late.”

His call came after an attempted evacuation from Mariupol by Ukraine had failed on Saturday, with Kyiv saying it was “thwarted” by Russian forces. The UN statement said there was an estimated 100,000 civilians trapped in the city, which has been heavily destroyed after being besieged by Russian forces for weeks.

Awad said Orthodox Easter, which is celebrated in both Russia and Ukraine, provided an opportunity to halt hostilities.

“At a time of a rare calendar alignment of the religious holidays of Orthodox Easter, Passover and Ramazan, it is the time to focus on our common humanity, setting divisions aside,” Awad said.

This month UN Secretary-General Antonio Guterres had urged a pause in fighting for Orthodox Easter.

Hopes for an Easter ceasefire were dashed this weekend as fighting raged in eastern and southern Ukraine.

Ukraine said on Sunday that Russia was “continuously attacking” the Azovstal steel plant in Mariupol, where Ukrainian servicemen defending the city are holed up.

The nationalist Azov regiment, at the forefront of the battles with Russian forces, has said civilians are also trapped in the plant.

Russian President Vladimir Putin ordered his forces not to assault the plant this week, but to keep it under siege instead.

« To eliminate menace of professional begging on priority: SSP (Previous News)
(Next News) PTI believes in achieving its goals through democratic struggle »