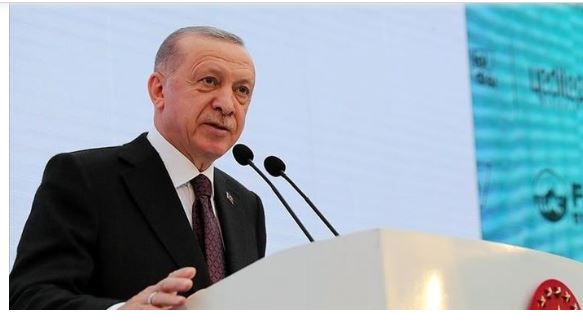 Turkish President Recep Tayyip Erdoğan on Friday opened a classical Turkish arts biennial in Istanbul. Speaking at the opening ceremony, held in a historical venue known as the Suleymaniye Daruzziyafe, Erdoğan said works by artists from different origins and backgrounds will be displayed at the second edition of the Yeditepe Biennial in what he said would be the representation of a civilization rejecting all forms of discrimination.

“I believe that our art, which we have handed down from generation to generation, will come to the fore to a greater degree internationally with such activities,” he said at the event being held on the European side of the city in the Fatih district.

“We appreciate and support any effort that protects our traditional cultural and artistic values, aims to reflect on them, transfer them to the present and to the future,” added the Turkish president.

Scheduled to last until March 7, the Yeditepe Biennial has 228 works of art by 226 artists on display across three historical different venues, including the Suleymaniye Daruzziyafe, which is part of the mid-16th century Suleymaniye Mosque complex, as well as the Fatih Glass Cube Gallery.

The biennial is being held under the auspices of the Presidency of Turkiye, in cooperation with the Fatih Municipality and Classical Turkish Arts Foundation.