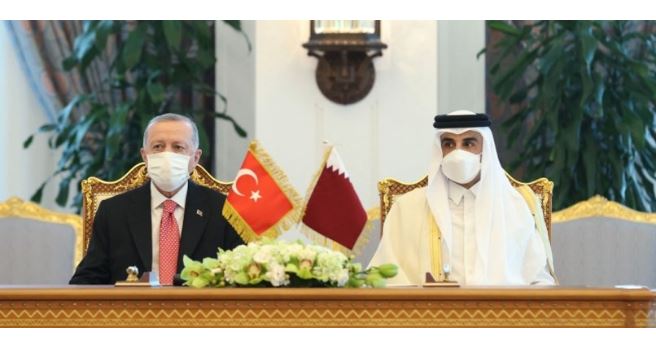 Following the signing ceremony, Erdoğan and Al Thani are expected to attend the 7th meeting of Turkey-Qatar Supreme Strategic Committee.

Earlier, Erdoğan was welcomed with an official ceremony by Al Thani and the duo held a one-on-one meeting at the Amiri Diwan, the emir’s office.

The Turkish president arrived in the Qatari capital Doha on Monday for a two-day working visit upon the invitation of Al Thani.