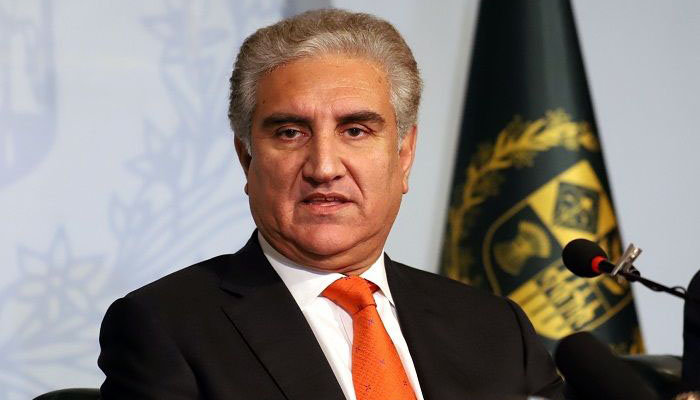 “There are times in history when decisions of nations are remembered by posterity. This is one such moment,” Qureshi said in his UNGA address

“It is time to say enough. The voice of the Palestinian people cannot and will not be silenced,” he said.

“There are times in history when decisions of nations are remebered by posterity. This is one such moment,” Qureshi said, as he began his address.

“What we do today or cannot do will be recorded in history. Driven by arrogance and emboldened by impunity, Israel has mounted a relentless onslaught on the occupied and beleaguered people of Palestine,” he said.

He said that one week of Israeli attacks have led to more than 250 Palestinians being killed and thousands injured — one third of which are women and children.

“Death echoes in every home in Gaza,” Qureshi said, to lay stress on the gravity of the situation. He also recalled one such tragedy, in which all ten members of the Abu Hattab family had perished in Israeli strikes.

“Hundreds of such tragedies are being enacted every hour in Gaza and other parts of the Palestinian territories. So far over 50,000 Palestinians have fled their homes in Gaza,” he said, adding that these people have very poor and limited access to water, food, hygiene and health services.

The foreign minister said hospitals and sanitation services rely on electricity but fuel for power plants “has almost run out”.

“Gaza has plunged in darkness […] the only light is that of Israeli explosions,” he said.

Qureshi said such is the existence of Palestine, where “in full view of the world Israeli airstrikes bring down entire buildings to kill and terrorise innocent Palestinians and even silence the media”.

The foreign minister said the representatives of the Islamic world are there to speak with and for Palestine.

He said it is “appalling” that the United Nations Security Council has been unable to do what it is tasked with — to maintain international peace and security. He said it has even failed to demand a cessation of hostilities, and warned that those preventing it from doing so “bear a heavy responsibility”.

He said the United Nations General Assembly, must then, assume its own responsibility. “We must not fail the Palestinian people at this critical juncture.” 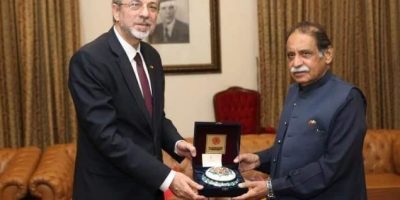