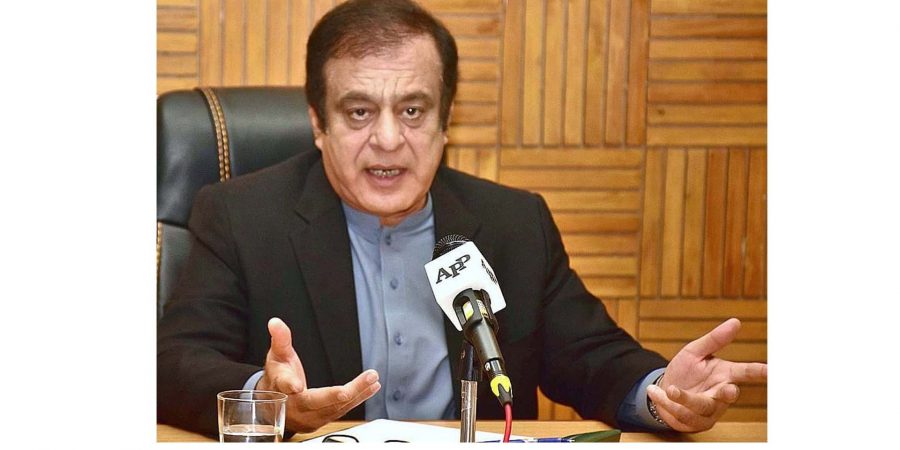 ISLAMABAD, Sep 13 (DNA): Federal Minister for Information and
Broadcasting Shibli Faraz has said peace talks between Afghan
government’s representatives and Taliban are historic and beginning of
the new era.

Taking on micro-blogging website, Twitter, the minister said that
commencement of peace talks is the success of Prime Minister Imran
Khan’s stance about solution of Afghanistan conflict.

20 years ago Khan Sahab said that there is no military solution of the
Afghan conflict, he stated and prayed for the prosperity and development
of people of Afghanistan.

Historic peace talks opened between the Taliban and the Afghan
government on Saturday, with the warring parties meeting face to face in
Qatar even as violence continued on the ground in Afghanistan.

the former chief executive for Afghanistan who is
heading the peace process for Kabul, had called for an immediate
ceasefire and highlighted the ongoing toll of the war, saying 12,000
civilians have been killed and another 15,000 wounded since the US and
the Taliban signed a deal in February.

“We have to use this exceptional opportunity for peace,” Abdullah had
said at the talks’ opening ceremony in Doha. “We have to stop violence
and agree on a ceasefire as soon as possible. We want a humanitarian
ceasefire.”

Abdullah was joined at the opening ceremony by Taliban co-founder Mullah
Abdul Ghani Baradar and US Secretary of State Mike Pompeo.

The reaction came after Afghan government representatives and Taliban
insurgents gathered for historic peace talks aimed at ending two decades
of war that has killed tens of thousands of combatants and civilians.

Ahead of face-to-face negotiations in coming days, the warring sides
were urged by various countries and groups to reach an immediate
ceasefire and forge an agreement that upholds women s rights.

The government of U.S. President Donald Trump, who is eager to claim an
end to America s longest conflict as he seeks re-election, expressed its
intention to use aid as leverage for a deal.

The opening ceremony came one day after the 19th anniversary of the 9/11
attacks on the United States that triggered its military involvement in
Afghanistan. DNA