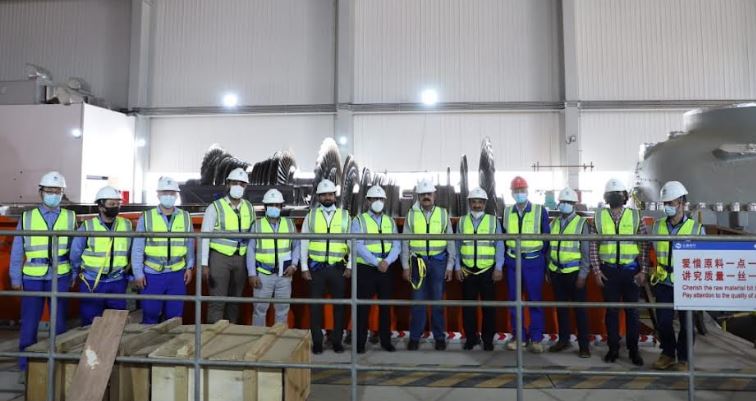 ISLAMABAD, Feb. 21 (DNA):  Shanghai Electric has employed around 7,000 Pakistani workers in its coal mine and power plant projects in theA Thar district of Sindh.

This was stated by senior directors (on-site) of Shanghai Electric, Yao Fujun, and Gan Yongchao, while talking to MD Private Power and Infrastructure Board (PPIB) Shah Jahan Mirza, who visited the project along with senior officials of the federal ministry of energy, Gwadar Pro reported quoting the company’s sources.

Shanghai Electric is the sponsor of Thar Coal Block I Integrated Mining and Power Plant projects through its subsidiaries, Sino-Sindh Resources Ltd. (SSRL) and Thar Coal Block I Power Generation Co. (TCB-1). SSRL is a 9.8 million tons per annum open-pit lignite mining project, which unearthed the first layer of a 3 billion tons deposit on January 31.

The Shanghai Electric directors briefed the visiting senior government officials on the projects, their background, construction progress, CSR activities, and employment of the local workforce.

They said that as many as 7,000 Pakistanis were presently working on the projects’ sites.

During the briefing, the directors also spoke about the issues faced by the company due to Covid-19 restrictions and lockdowns. MD PPIB and other officials applauded the work done by TCB-1 despite several hindrances.

The officials also visited the Power Plant and saw the boiler and other major installations. The Project Manager along with the directors took the visiting officials to all core areas of the power plant, the company said.

MD PPIB and his team displayed satisfaction over the project’s progress and assured their all-out support to Shanghai Electric in the timely completion of the project.