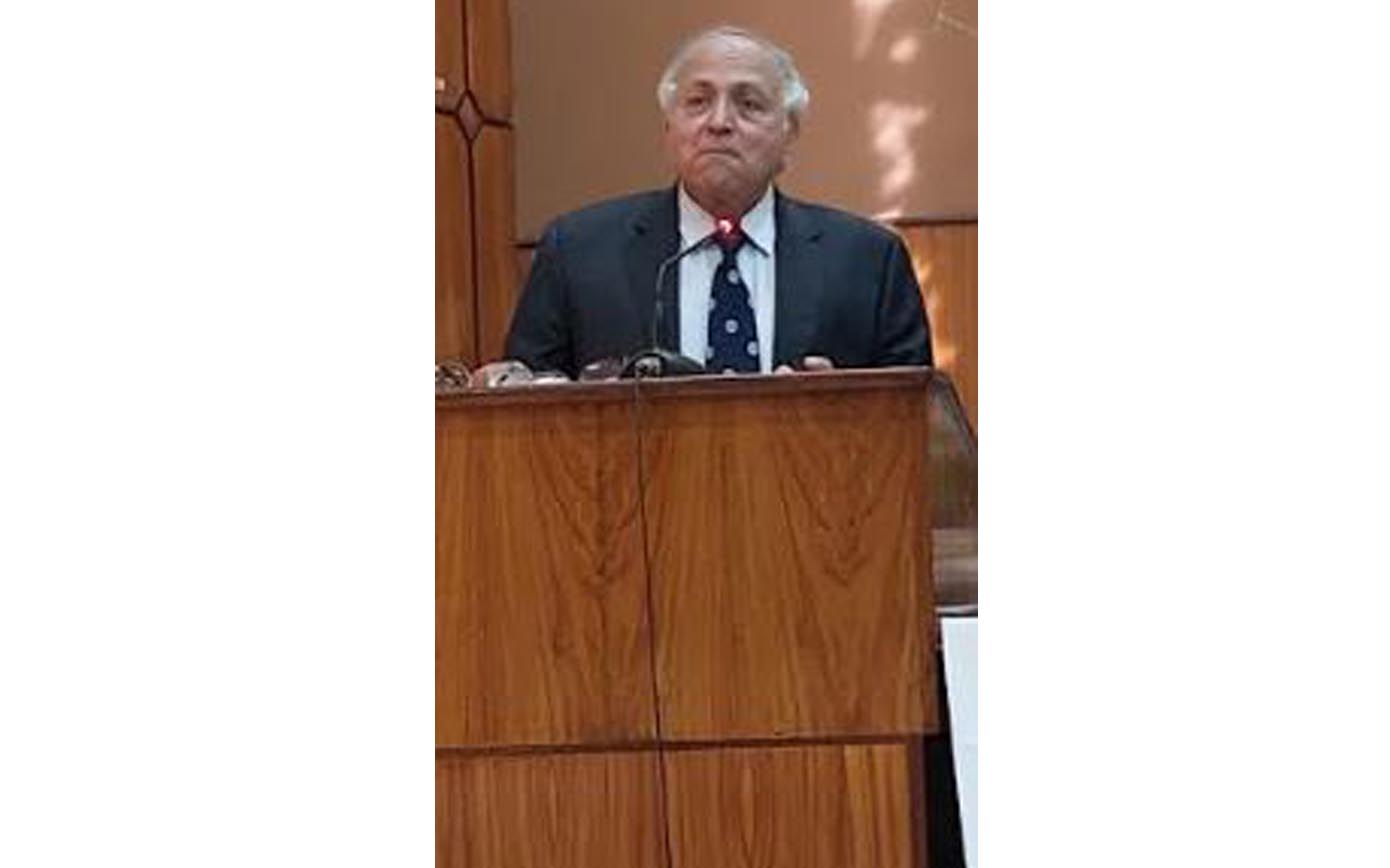 The Area Study Center of the Peshawar University, most appropriately, conducted the book launch of the ‘Frontier Stations, An account of public service in Pakistan’, by the former civil servant Shakil Durrani, last week. The Director of the Centre Prof Shabbir Ahmad Khan leading the introduction to the book stated that the author who remained Chief Secretary KP, AJK, Sindh, GB as well as Chairman Wapda and Railways has raised pertinent issues in the memoirs. He not only dissects open these critical matters but proposes neat solutions to redress the problems.

The former Vice Chancellor of Peshawar University Dr Azmat Hayat reviewing the book felt that evaluating the essentials of public service in Pakistan was an exercise in disillusionment as the common people certainly deserved a much better deal than they got. Three quarters of a century after independence’ Pakistan lags behind all Asian countries, save a couple, in meaningful social and economic indicators

Sahibzada Riaz Noor former Chief Secretary and author of a few books himself spoke about the critical issues raised in the memoirs based on Durrani’s decades of experience in administration. The memoirs was also unconventional in approach and different from reminiscences and reflections of retired civil servants. Quoting prominent philosophers  from the past he emphasized the importance of the need for the consent of the people in any effort to reform the society and to ensure good governance. There were lessons to be learned in ensuring effective governance and accountability of the politicians and the officials.

Mr Rustam Shah Mohmand, a former Chief Secretary of the NWFP and Ambassador observed that having seen the state functioning over seventy four years many people are the view that the parliament and the governance structure increasingly have become quite irrelevant to the needs of the bulk of the people as  these cater only to the needs of a small minority of influential and affluent segments of the society. He said there was inadequate security of life and property; costly and delayed dispute resolution; expanding poverty levels and inadequate delivery of service.

The author while winding up discussions stated that clearly Pakistan and its leadership have underperformed. Countries like Bangla Desh, Vietnam, Philippines have long since surpassed Pakistan in economic and social development not to mention those like China, Malaysia, Singapore and Iran which are laps ahead.  He also spoke about the deviation from the law of the land and the betrayal of good governance norms best portrayed by the chilling events of 12th May 2007 in Karachi resulting in the murder of 48 innocent people.  The are serious observations on the erstwhile Tribal Areas with recommendations for the future improvements and chapters on the former princely states of Chitral, Swat and Dir.

He stated that the focus of the book is not restricted to serious national issues alone and on the lighter side there are twenty very absorbing anecdotes in the section the ‘Tales from the Frontier’. The stories of the two Afridi brothers, one winning a British Victoria Cross and the other a German Iron Cross during World War One is most fascinating as are the travails of Mollie Elllis the girl kidnapped by Ajab Khan in 1923 who was subsequently recovered. Then the amazing grit and courage of a British lady, Mrs Councell, is most remarkable who in old age returned to see the house in Kohat where her parents were murdered in 1919. Equally captivating is the author’s meeting with Field Marshal Manekshaw, former Indian Army chief and the latter’s witty reflections on General Yahya Khan. His modesty by crediting the efforts of Pakistani forces fighting against heavy odds in East Pakistan in 1971 was noteworthy. The anecdotes about the midnight telephone call of President Ziaul Haq and again his threat to ‘hang’ the Deputy Commissioner Chitral are amusing. The hijack alarm in Kabul with the Prime Minister Shaukat Aziz onboard the plane, the bizarre case of the Church grounds Kohat, the Commissioners’ extra-territorial jurisdiction, Political Agent Lowis’s lost watches in Waziristan and Caribbean are quite exhilarating. The true worth of ‘Pukhtunwali’ in war-torn areas has many ethical lessons for any society. And much more.