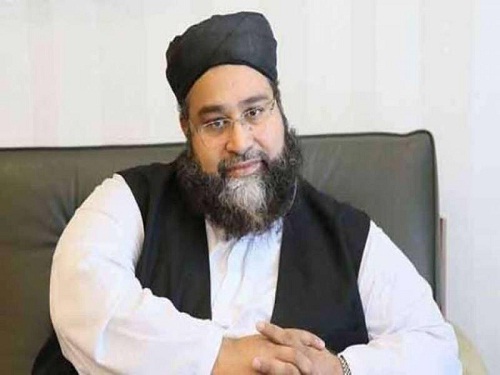 ISLAMABAD,11 Oct 2021 (DNA):Special Representative to the Prime Minister on Interfaith Harmony and Middle East Hafiz Muhammad Tahir Mehmood Ashrafi Monday said that a seminar on Seerat un Nabi (PBUH) titled “the rights of women and minorities in light of Islamic Sharia,” would be held in the federal capital on Wednesday as part of 12th Rabi-ul-Awwal celebrations.

Addressing a news conference, he said in the seminar, Ulema, Mashaikh and religious scholars would highlight high Islamic moral values, through light on the importance of the rights of women and minorities.

The main aim of organizing the seminar was to highlight the soft image of Islam, disseminate teachings of the Holy Prophet (PBUH) across the globe.

He said another such Seerat seminar has also been organized by a Lahore, church. Hazrat Muhammad (PBUH) is Rehmatul lil Alameen and not the Rehmatul lil Muslaimeen. His Seerat was the beacon of life for the whole humanity.

He said Prime Minister has already announced the establishment of Rehmatullil Aalamin Authority, which would portray before the world a true image of Islam besides carrying out research on Seerat un Nabi (PBUH).

The core objective of Rehmatul-lil-Alameen Authority was not only to appraise but also inculcate the teachings of Prophet Mohammad (PBUH) and his way of life in the lives of kids and adults alike.

Various ministries has organized programs to highlight the teachings of the holy prophet.

Ashraf said that President and Prime Minister were likely to attend the conference.At the outset of the new conference, Tahir Ashrafi and Ulema offered Fateha for the departed soul of Dr Abdul Qadeer Khan.