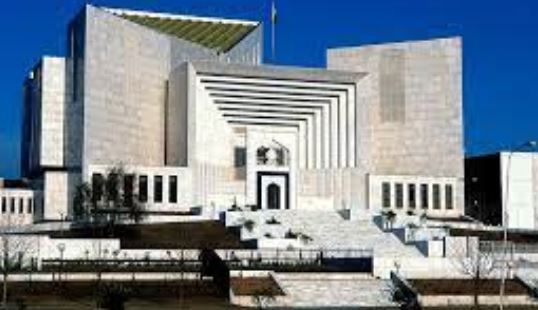 ISLAMABAD, Apr 02 (DNA): Another plea has been filed in the Supreme
Court of Pakistan on Saturday to stop voting on a no-trust motion
against Prime Minister Imran Khan after the latter shared a letter
highlighting a foreign conspiracy to topple his government.

The application was filed at the apex court by a female applicant to bar
voting on the no-confidence motion against Prime Minister Imran Khan.

The plea asked the top court to order the investigation of the
foreign-conspiracy letter saying that immediate intervention was
necessary to bring an end to distress among masses.

The letter is a highly sensitive and serious matter and until the matter
is being addressed, the speaker should be barred from holding counting
on the on-trust motion.

Prime Minister Imran Khan on Wednesday has said that a letter carrying
evidence of a foreign conspiracy to topple his government would be
presented before the in-camera session of the Parliament.

This he said while meeting senior journalists in Islamabad. PM Imran
Khan shared some content of the threatening letter with the journalists.

According to the letter, problems for Pakistan will increase, if the
no-confidence motion against PM Imran Khan fails. “We are not happy,
everything will be fine, only when the no-trust motion passes.”