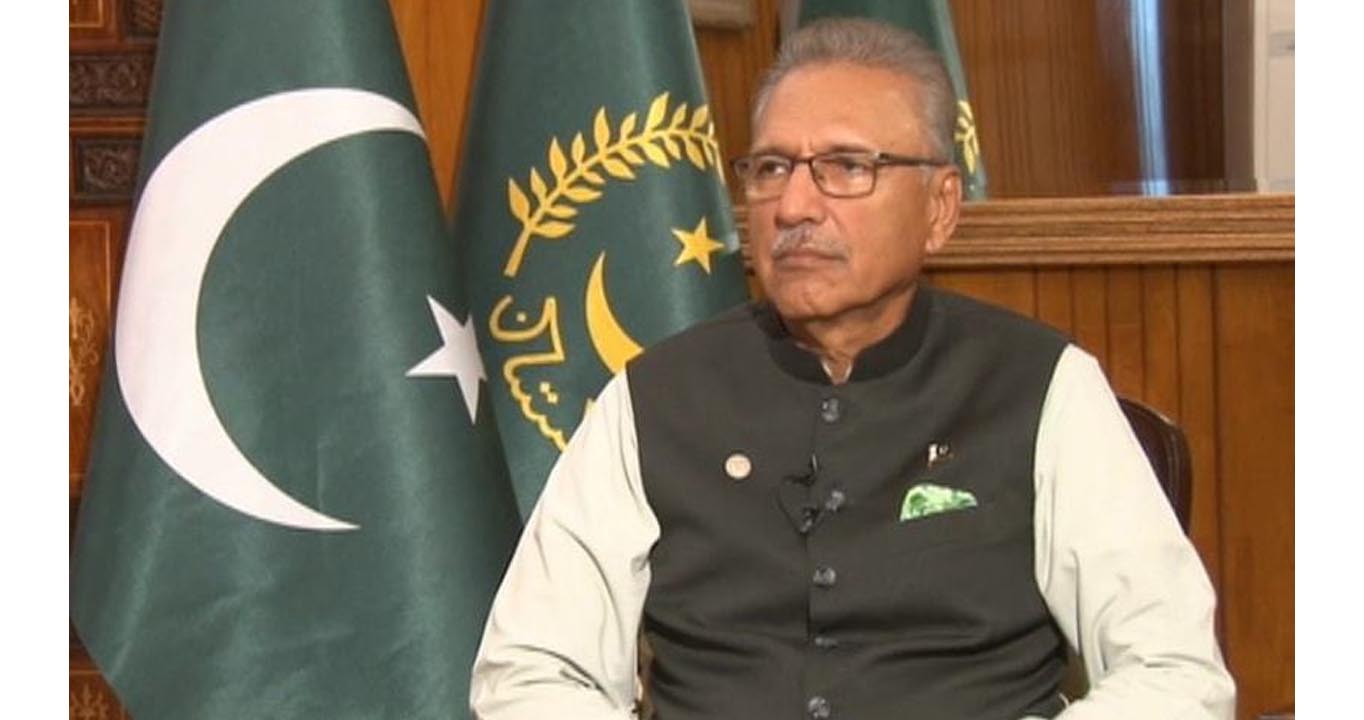 ISLAMABAD, Apr 02 (DNA): President Dr Arif Alvi says the world is going through a complex situation and it is desperately waiting for a morality-based world order, dominated by human compassion and equality.

He expressed these views during his interaction with speakers and participants of Islamabad Security Dialogue in Islamabad Saturday.

The President said it was a matter of concern whether the nations had learnt from the history or not. What should be the criterion for the security of states with respect to avoidance of tussles? he posed a question.

Human nature was based upon compassion and repulsion with certain elements of phobia and motivated with a survival instinct which often led to stress and tussle among countries, he added.

The president opined that it was expected that enlightened and educated people entrusted with power would do justice with humanity through a morality-based world order, adding there was divergence in the world when it came to the simultaneous application of the international laws upon different countries.

The president noted that different values for humans posed a threat to the world whereas, inequality in wealth among humans also caused a strain despite the global efforts to bridge the difference.

Enumerating the modern-day challenges, he said misuses of freedom of speech, the spread of misinformation and disinformation through fake news were some of the new challenges emerging in the world.

The president said human confusion had spiraled after the outcome of the rational decisions made by those countries where it was considered to be at its peak.

The president referring to some major human destruction in the world history said, the Mongols onslaught, the 100-year war between England and France, WW1 and WWII led to huge human toll.

The world nations, he said, then looked for certain principles to avoid future wars, adding that among the powerful nations, the geopolitical dialogue would be important.

The president said to ensure global peace, efforts were made to encourage globalization through economic and goods flow among the world countries. It was expected that when flow of goods and economy were linked, it could ensure peace, but it could not be achieved as the flow was not equal out of hypocrisy.

The president said Pakistan had hosted millions of Afghan refugees on its soil for forty years, but on the other hand, refugees were being drowned in the Mediterranean Sea.

He observed that the voices of smaller countries could be heard if they were economically strengthened.

The president further said that an enlightened utopia was not perceivable, still there was a need to trust-building measures.

Denouncing the recent Indian firing of missile towards Pakistan as the highest act of irresponsibility, he said Modi’s psyche through the instigation of Hindu nationalism was hell-bent upon changing the Indian society.

The president said different incidents had occurred in India over the uranium theft and smuggling cases, but the world reaction had been different.

He further observed that world efforts over reduction of poverty, focus on health and education were paying dividends, besides an increase in per capita income.