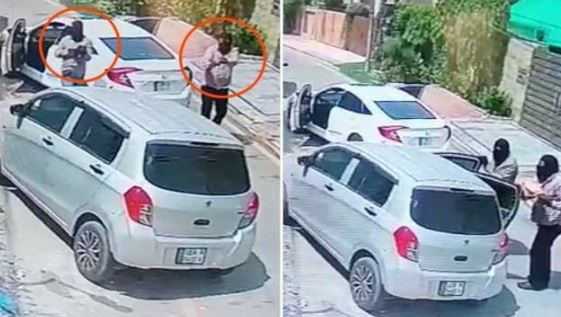 ATTOCK: Armed robbers equipped with different weapons looted a house in over two million heist by making the family hostage on gunpoint in the Pindigheb police precincts on early hours of Sunday. Mehboob Ahmed- a native of Nowshera village reported to Police that he was sleeping with his family when three armed men equipped with different weapons entered in to his house by scaling the wall and made all family members hostage on gunpoint. Later they searched the house and fled with looted booty including cash worth Rs 0.7 million, five tola gold ornaments and his motorcycle.

Earlier, in the same police precincts un a day broad day light robbery incident,  a man was deprived of cash worth Rs 0.4 million when three armed bandits equipped with different weapons intercepted him on Rawalpindi road near  technical college and gunpoint snatched cash from him and fled away. Faisal Iqbal reported to Police that he along with his father Muhammad Iqbal was taking money to his house when three persons on gunpoint snatched money from him and fled away with looted booty successfully.