Recommendations are sought from PAJCCI on improving bilateral trade 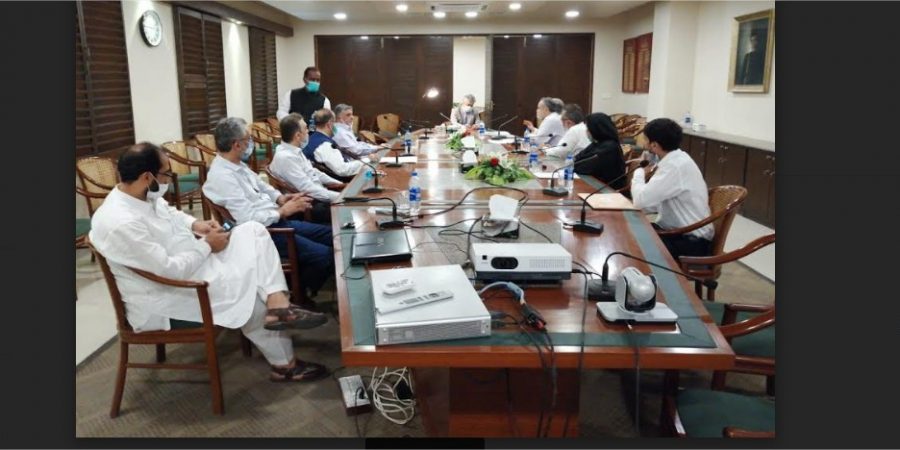 Motiwala highlighted that Afghanistan is only country with which Pakistan enjoys a trade surplus and at this point of grave economic crises, the lost business with Afghanistan can bring fruitful results. He iterated that actual trade quantum is $5 billion, with a potential to reach $10 billion, but due to negligence and trust deficit it is stuck at $1.6 billion.

While deliberating the state of affairs, Motiwala established that due to PAJCCI’s insistence, it is ensured to keep the border operational for five days, nonetheless, the speed of clearance, procedural delays, shortage & delay in issuance of trackers, exorbitant demurrage and detention charges and load of stuck consignments have limited reaping of the benefits and the target of cross-border movement is still not met. He reinstated that such delays and lack of facilitation drains the effect and pose a grave situation that is not only financially devastating but also deteriorates the socioeconomic ties for the future. He strongly demanded that border may be kept fully operational for at least two weeks, 24/7 to eliminate the backlog and ensure provision of required items to the people of Afghanistan specially prioritizing perishable items.

PAJCCI also sought that the dependence on a single tracking company be reduced, as this gridlock can only be resolved by opening up avenues for other competitive entities to enter the landscape which would make the mechanism more productive and would facilitate businesses to opt out of varying alternatives. Additionally PAJCCI urged an immediate intervention in context of waiving / refunding demurrage / detention charges applied on stuck containers due to COVID 19 in order to safeguard businesses from incurring extreme financial losses due to such undue penalty which was beyond their control. He also highlighted that 100% scanning requirement is undue and the alternative of “Profiling Mechanism” may be adopted whereby parties with regular and clear history may be exempted from this while only parties with some exceptions may pass through scanning (that too should not exceed 20% as APTTA required 5% only).

Chairman PAJCCI strongly urged both the governments to segregate business and trade ties from political tensions, and allow economics to function freely and help politics rather than politics obstruct the free flow of economic activities and urged that both the Governments should keenly follow-up the matter and develop measures of a long term nature, for ensuring overall economic stability in the region.

Zubair Motiwala also emphasized greatly on the significance of reaping untapped potentials in Central Asian Markets, but emphasized that such efforts can only be effectively substantiated by prioritizing the resolutions of Af-Pak pending economic issues. He also highlighted difficulties faced by Pakistani businesses in terms of undue delays and excessive charges while crossing Afghanistan to reach CIS countries. Additionally, he highlighted the dire need to revisit APTTA and consolidate the same as further delay would cause a significant blow and enhance mutual distrust and financial loss.

Acknowledging the dire need of an immediate solution to matters in hand, Secretary Commerce, ensured his commitment on behalf of the Government and sought a comprehensive proposal from PAJCCI on behalf of all stakeholders pertinent to bilateral trade, transit and mutual investment regime. He further asked PAJCCI to recommend a framework for trilateral engagements between Pakistan, Afghanistan and Tajikistan. He implied that the Government of Pakistan has taken up these matters with the other side and shortly expecting to negotiate the same across the border and with PAJCCI’s relevant input the framework can be devised keeping mutual benefits in view.