A quantum leap in Italy-Pakistan ties my priority’ 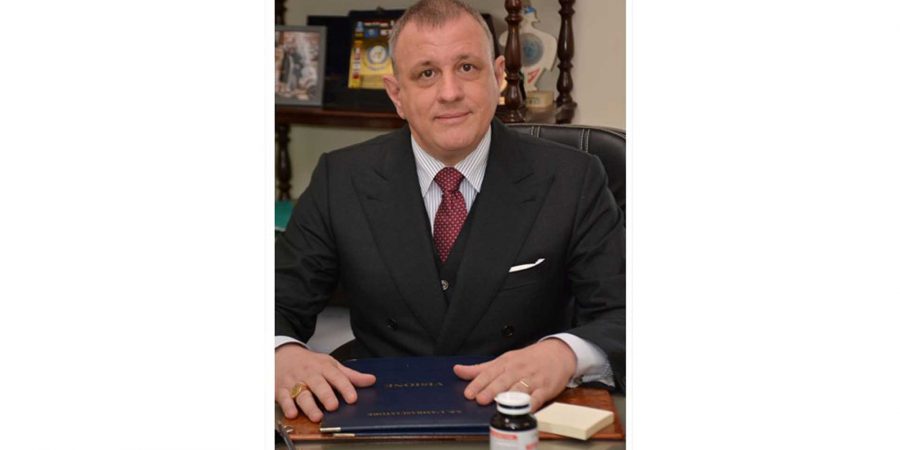 ISLAMABAD: Ambassador of Italy to Pakistan Andreas Ferrarese has said Italy is a country whose extremely open economy is based on international trade, on extraordinary circulation of foreign passengers and merchandizes, on international tourism. That is the reason why it was one of the first countries to be affected. Italians had to hinder such a great challenge without the point of reference of previous experiences in the last 100 years.

The Italian ambassador made these remarks in an exclusive interview with daily Islamabad Post. His detailed interview shall be published in CENTRELINE magazine. 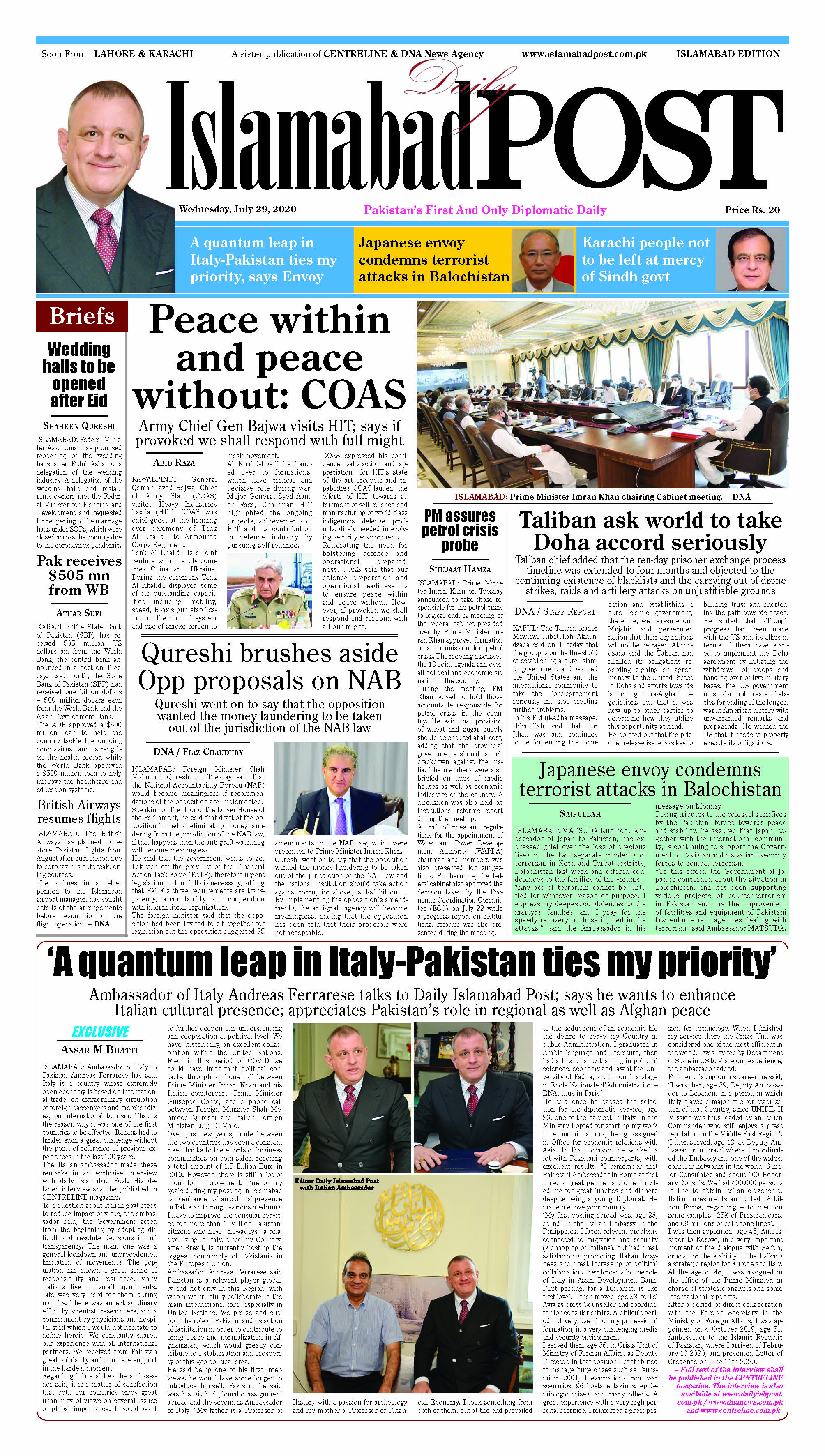 To a question about Italian govt steps to reduce impact of virus, the ambassador said, the Government acted from the beginning by adopting difficult and resolute decisions in full transparency. The main one was a general lockdown and unprecedented limitation of movements. The population has shown a great sense of responsibility and resilience. Many Italians live in small apartments. Life was very hard for them during months. There was an extraordinary effort by scientist, researchers, and a commitment by physicians and hospital staff which I would not hesitate to define heroic. We constantly shared our experience with all international partners. We received from Pakistan great solidarity and concrete support in the hardest moment.

Regarding bilateral ties the ambassador said, it is a matter of satisfaction that both our countries enjoy great unanimity of views on several issues of global importance. I would want to further deepen this understanding and cooperation at political level. We have, historically, an excellent collaboration within the United Nations. Even in this period of COVID we could have important political contacts, through a phone call between Prime Minister Imran Khan and his Italian counterpart, Prime Minister Giuseppe Conte, and a phone call between Foreign Minister Shah Mehmood Qureshi and Italian Foreign Minister Luigi Di Maio.

Over past few years, trade between the two countries has seen a constant rise, thanks to the efforts of business communities on both sides, reaching a total amount of 1,5 Billion Euro in 2019. However, there is still a lot of room for improvement. One of my goals during my posting in Islamabad is to enhance Italian cultural presence in Pakistan through various mediums. 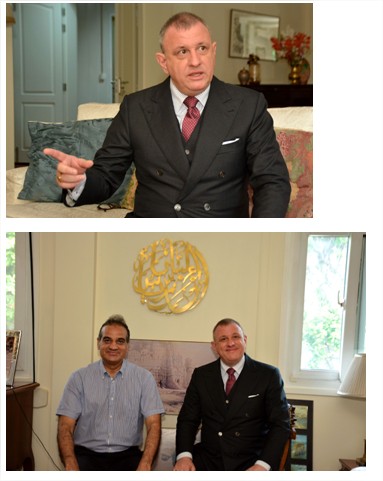 I have to improve the consular services for more than 1 Million Pakistani citizens who have – nowadays – a relative living in Italy, since my Country, after Brexit, is currently hosting the biggest community of Pakistanis in the European Union.

Ambassador Andreas Ferrarese said Pakistan is a relevant player globally and not only in this Region, with whom we fruitfully collaborate in the main international fora, especially in United Nations. We praise and support the role of Pakistan and its action of facilitation in order to contribute to bring peace and normalization in Afghanistan, which would greatly contribute to a stabilization and prosperity of this geo-political area.

He said being one of his first interviews; he would take some longer to introduce himself. Pakistan he said was his sixth diplomatic assignment abroad and the second as Ambassador of Italy. “My father is a Professor of History with a passion for archeology and my mother a Professor of Financial Economy. I took something from both of them, but at the end prevailed to the seductions of an academic life the desire to serve my Country in public Administration. I graduated in Arabic language and literature, then had a first quality training in political sciences, economy and law at the University of Padua, and through a stage in Ecole Nationale d’Administration – ENA, thus in Paris”.

He said once he passed the selection for the diplomatic service, age 26, one of the hardest in Italy, in the Ministry I opted for starting my work in economic affairs, being assigned in Office for economic relations with Asia. In that occasion he worked a lot with Pakistani counterparts, with excellent results. “I remember that Pakistani Ambassador in Rome at that time, a great gentleman, often invited me for great lunches and dinners despite being a young Diplomat. He made me love your country’.

‘My first posting abroad was, age 28, as n.2 in the Italian Embassy in the Philippines. I faced relevant problems connected to migration and security (kidnapping of Italians), but had great satisfactions promoting Italian busyness and great increasing of political collaboration. I reinforced a lot the role of Italy in Asian Development Bank. First posting, for a Diplomat, is like first love’.

I than moved, age 33, to Tel Aviv as press Counsellor and coordinator for consular affairs. A difficult period but very useful for my professional formation, in a very challenging media and security environment.

I served then, age 36, in Crisis Unit of Ministry of Foreign Affairs, as Deputy Director. In that position I contributed to manage huge crises such as Tsunami in 2004, 4 evacuations from war scenarios, 96 hostage takings, epidemiologic crises, and many others. A great experience with a very high personal sacrifice. I reinforced a great passion for technology. When I finished my service there the Crisis Unit was considered one of the most efficient in the world. I was invited by Department of State in US to share our experience, the ambassador added.

Further dilating on his career he said, “I was then, age 39, Deputy Ambassador to Lebanon, in a period in which Italy played a major role for stabilization of that Country, since UNIFIL II Mission was thus leaded by an Italian Commander who still enjoys a great reputation in the Middle East Region’.

‘I then served, age 43, as Deputy Ambassador in Brazil where I coordinated the Embassy and one of the widest consular networks in the world: 6 major Consulates and about 100 Honorary Consuls. We had 400.000 persons in line to obtain Italian citizenship. Italian investments amounted 18 billion Euros, regarding – to mention some samples – 25% of Brazilian cars, and 68 millions of cellphone lines’.

I was then appointed, age 45, Ambassador to Kosovo, in a very important moment of the dialogue with Serbia, crucial for the stability of the Balkans a strategic region for Europe and Italy.

At the age of 48, I was assigned in the office of the Prime Minister, in charge of strategic analysis and some international rapports.

After a period of direct collaboration with the Foreign Secretary in the Ministry of Foreign Affairs, I was appointed on 4 October 2019, age 51, Ambassador to the Islamic Republic of Pakistan, where I arrived of February 10 2020, and presented Letter of Credence on June 11th 2020.

Full text of the interview shall be published in the CENTRELINE magazine. The interview is also available at www.dailyisbpost.com.pk / www.dnanews.com.pk and www.centreline.com.pk.