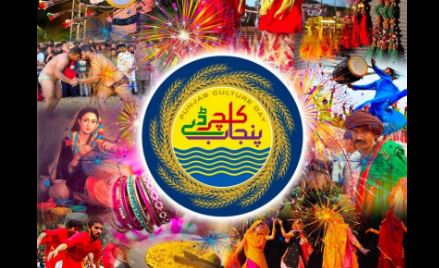 Gujrat: In connection with Punjab Culture Day on Monday (March 14), several colorful programs were organized in Government and private institutions to mark the day in the district. All government officials including Deputy Commissioner Dr. Khurram Shehzad, District police Officer and heads of other departments wore their traditional attire and participated in the celebrations of the festival. DC and DPO said that purpose of celebrating Punjab Culture Day was to spread the message of love.