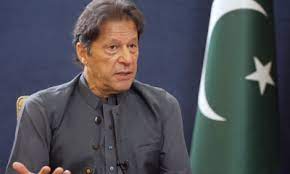 According to details, rescuer Malik Adnan tried to save the Sri Lankan citizen from the violent mob who was involved in torturing and beating him to death.Prime Minister Imran Khan saluted the moral courage and bravery of Malik Adnan who tried his utmost to shelter and save Priyantha Diyawadana from the vigilante mob in Sialkot, endangering his own life by physically trying to shield the victim.

In a tweet on social media platform Twitter on Sunday, he said, “On behalf of the nation I want to salute moral courage & bravery of Malik Adnan who tried his utmost to shelter & save Priyantha Diyawadana from the vigilante mob in Sialkot, endangering his own life by physically trying to shield victim. We will award him Tamgha i Shujaat.”

On the other hand, the body of Sri Lankan factory manager, who was killed by mob, has been shifted to Lahore.

According to details, district administration had shifted body of Priyantha Diyawadana to a private hospital under tight security.

After the appropriate arrangement the body was supposed be shifted to Islamabad from where it will be sent to Sri Lanka.

Meanwhile Prime Imran Khan has assured the Sri Lankan President that strict action would be taken in accordance with the law against the culprits involved in the Sialkot tragedy.

In his tweet, Prime Minister Imran Khan wrote that he had a telephonic conversation with Sri Lankan President Gotabaya Rajapaksa in the United Arab Emirates (UAE) and conveyed nation’s anger and shame over vigilante killing of Sri Lankan national Priyantha Diyawadana in Sialkot.