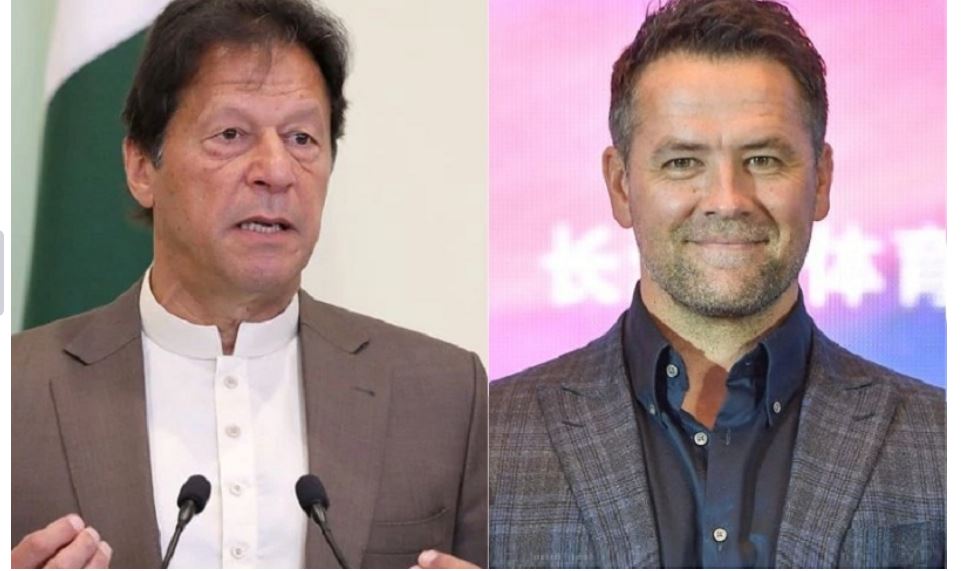 The partnership, which has the prime minister’s blessing, “offers the talented youth in Pakistan the dreams of playing football in world-class stadiums and advance their skills at the home of football in the United Kingdom”, according to a press release issued by Global Soccer Ventures (GSV).

The company said it has been appointed to bring to life Prime Minister Imran’s vision of “mobilising the youth into football with an international professional football gateway”.

That will be done through a nationwide grassroots talent hunt programme in Pakistan conducted under a UEFA-licensed coaching team from Europe, which kicks off on January 8, 2022, in Islamabad, the press release added.

Imran and Owen, the company said, “will promote the national talent hunt programme designed to produce [a] new crop of players”.

“The ultimate destination of this programme is the home of football, the UK, under the watchful eye of Michael Owen in a special educational programme that will accelerate football learning and development for Pakistan’s footballing youth.”

The statement also spoke of plans to unveil not only a stadium but a soccer city in Pakistan.

“The Kamyab Jawan Sports Drive will mobilise Pakistan’s youth into becoming world-class football players,” Prime Minister Imran was quoted as saying in the press release issued by GSV. “I have given a green light to this brand new state-of-the-art stadium investment brought by GSV that is a visionary and historic milestone that will ultimately create a better future for the youth of Pakistan in the world’s most popular sport — football.”

Owen, the former striker who is the face of the venture, said: “I am looking forward to unveiling my plans in Pakistan in January 2022 so fans can visit stadiums and create inter-city football opportunities. I look forward to working with players from Pakistan and help fast track their talent in England so they can be developed into professional players.

“The future of football in Pakistan is enormous and I am starting a long journey to create a new bridge between the UK and Pakistan for the next crop of national superstars. Kamyab Jawaan Kamyab Pakistan is our final goal.”

The talent hunt will be held in Karachi, Lahore, Islamabad, Faisalabad, Multan, Peshawar, Hyderabad, Sialkot and Quetta, the company said, adding: “The trials will be open to anyone aged between 18-28 years of age, and the players will be evaluated on their technical, tactical, physical and mental abilities.”