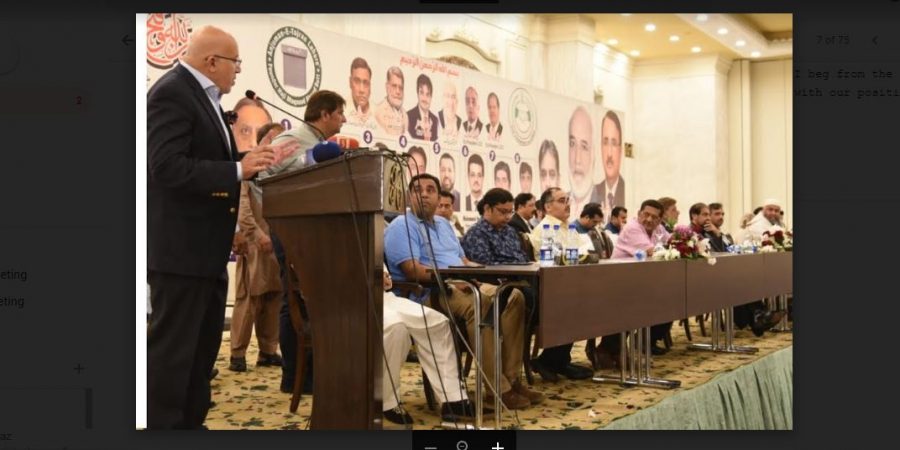 Lahore: The PIAF-Founders Alliance co-convener Mian Nauman Kabir has said that the Alliance is all set to make a clean sweep in Lahore Chamber of Commerce and Industry’s annual elections for 2020-21.

While addressing a grand reception organized by the PIAF-Founders Alliance in honour of its voters, Mian Nauman Kabir, who is also the PIAF Chairman, as well as former LCCI senior vice president, said that LCCI is a true representative of the business community and the alliance had selected right persons for the polls. He said that the outgoing LCCI office-bearers had given a marvelous performance.

The grand reception was also addressed by the Alliance chairman Mian Ashraf, LCCI President Irfan Iqbal and former presidents. On the occasion, an overwhelming majority of traders was present.

He said that the country was passing through critical times and a true business leadership at every tier could help pull the country out of these economic issues.

He said that majority of LCCI former presidents were in favour of continuality of the Alliance for the consecutive 18 years for the upcoming elections and always upheld the glory of safeguarding the interests of the business community at national and provincial level.

Mian Nauman Kabir said the participation of large number of market representatives in all functions was enough proof to make the point that the business community wanted continuity in the policies introduced by the PIAF-Founders Alliance. He added that the Alliance never compromised over the welfare of the traders and highlighted their problems besides help addressing their genuine grievances on top priority.

He said that alliance is moving in the right direction and sincerely working for the cause of business community.

He said the alliance has got various issues of business community resolved through the platform of Lahore Chamber. He was also of the opinion that despite unprecedented crisis at national level, all efforts were made to restore the confidence of the business community.

He promised that his group after coming into power would serve all small and big members of the LCCI without any discrimination. He further said that government and private sector would have to act together to get rid of the issue of stagnant exports and help accelerate the pace of industrialisation across the country to strengthen national economy.

He said he had never expected such a large and superb majority of traders and industrialist in the LCCI election campaign. He believed that PIAF-Founder Alliance will secure a thumping victory. He said I beg from the Almighty Allah to grant us the strength to serve the business community and be able to do justice with our positions.