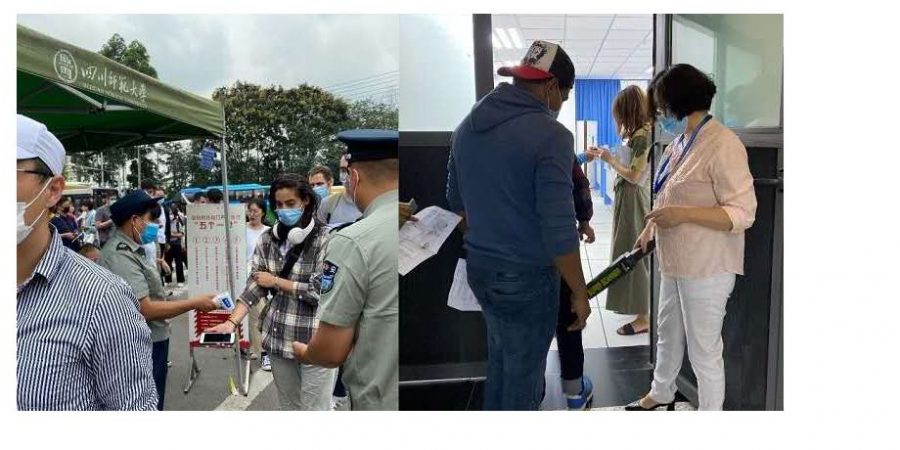 As per Liu Tianhao, a Pakistani student form SICNU, the Chinese Proficiency Test empowered him to explore China. “Mastering local languages will enrich your experience in foreign countries,” he told Gwadar Pro.

“Each language is beautiful with its history and content, so are Urdu and Chinese,” he added.

According to SICNU, while doing a good job in epidemic prevention and control, they spare no efforts in the normalization of HSK.

“We take HSK as an opportunity to vigorously develop international students’ education at all levels, so as to create a new landscape in international Chinese education,” said the source from SICNU.

The candidates of this online HSK are from Pakistan, Austria, Russia, South Korea, Laos, the United States, Japan, Singapore and some other countries, SICNU noted.

HSK, translated as the Chinese Proficiency Test used in China, is the standardized test of Standard Chinese (a type of Mandarin Chinese) language proficiency of China for non-native speakers such as foreign students and overseas Chinese.

The test is administered by Hanban, an agency of the Ministry of Education of the People’s Republic of China.