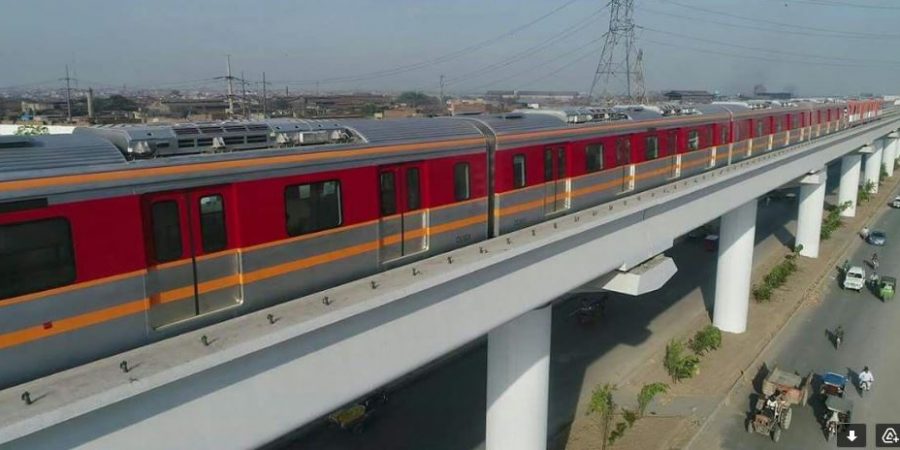 ISLAMABAD, Oct. 25 /DNA/ – With the operational of Orange Line Metro Train, the China Pakistan Economic Corridor (CPEC), which is considered as the flagship of the Belt and Road Initiative has smoothly transitioned from its first phase to the second phase.

This will be another landmark of Pak-China collaborative aprtnership under CPEC for promoting the living conditions of the people, Gwadar Pro reported on Sunday.

Orange Line Metro Train is one such project which was constructed to promote inter-city connectivity in Lahore. Lahore is the second-largest city of the country and provincial capital of the most populous province Punjab.

The second phase of the project was awarded to ZKB Engineers and Constructors for civil works. CRRC Zhuzhou Locomotive rolled out the first of the 27 trains in 2017. The 27 units are energy-saving trains and comprising five fully air-conditioned wagons. Testing and trial runs began in 2018.

The train was cleared for the test run in December 2019. It will cover 26 stations – 24 of them are elevated and the remaining two are underground.

On any given day, the train has a built-in capacity to transport about 250,000 people. In other words, 30,000 passengers will be facilitated through this service every hour. By 2025, nearly 500,000 will be getting facilitated by this service. Each train will contain 200 seats.

Overall, this new transportation project will help both the local populace and the environment. With the reduction of vehicular traffic on roads, the project is expected to lessen air pollution and reduce travelling time of daily commuters.

The train will also provide safe transit to women and other vulnerable social factions. Additionally, the project will help in addressing the worsening traffic situation of the city.