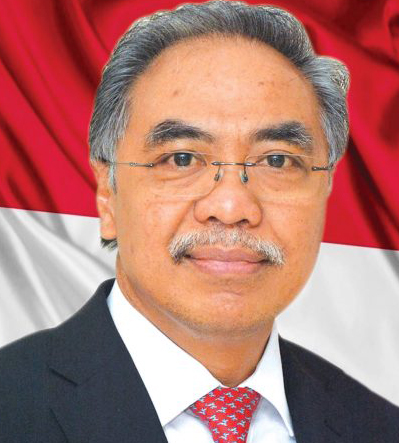 June is a special month since it coincides with two major international events: World Environment Day on June 5 and World Oceans Day on June 8. World leaders have seized the momentum to call for concerted action to reverse the devastating effects of human-induced climate change on the global environment, including to the ocean.

The year 2021 is particularly significant for Pakistan because it is hosting World Environment Day. PM Imran Khan, speaking at the event, emphasized the impact of global warming and the problem of water scarcity and its far-reaching implications for future generations.

It is well understood that lack of access to water may become sources for conflict. We have seen this in various cases both across international border and within the national boundaries.Water crises have been placed among the top five risks in terms of impact by the World Economic Forum’s Global Risk Report (GRR) for the eighth year in a row, alongside failures in climate change adaptation and mitigation.

Maintaining healthy oceans and marine ecosystem is equally vital, because the challenges and threats they face are intertwined, necessitating concerted efforts and strategies to address them comprehensively.This immense body of salty water occupies 70% of the earth’s surface.Oceans are considered to be the lungs of the planetproducing at least 50% of the world’s oxygen and home to most of the earth’s biodiversity, including flora and fauna, and organisms.

Similarly, oceansare vital to the economy and the survival of humanity. They provide not only supplies essential resources and services to support world population but also help in the production of energy from fossil fuels to environment friendly of tidal waves. Report by the UN indicates that by 2030 it is expected that ocean-based sectors would employ 40 million people.

Oceans also absorb roughly 30% of human-produced carbon dioxide (CO2), helping to mitigate the effects of global warming.Despite humans only inhabit about 3% of total area of the globe, the increased of CO2 and other greenhouse gas emissions from human activities have a significant impact on oceans and marine ecosystem. Many studies have revealed the adverse impact of raising temperature of oceanswhich varies from coral bleaching to ocean acidification. Especially prone to this is coastal community as they are living in the frontline and will be affected by sea level rise.

Faced with this concern, the international community has adopted a number of steps to help reduce greenhouse gas emissions that cause global warming. As part of the implementation of UNFFFC’s principle of Common but Differentiated Responsibility and Respective Capabilities(CBDR-RC), individual countries have been racing to make voluntary pledges to cut national emissions through National Determined Contributions (NDCs).

I can expect further courageous steps by governments throughout the world to make bold and meaningful pledges to further cut carbon emissions at the next COP-22 in Glasgow later this year.

Nowadays, the use of plastic and synthetic materials has revealed a new layer of harm posed by healthy oceans. Plastic, which was invented in 1907, has been widely used for a variety of purposes. Plastic’s versatile nature makes it suitable for a wide range of applications from packaging, buildingand sporting goods, to automobiles, electronics, and agriculture.

According to the United Nations Environment Program (UNEP), the world generates about 450 million tons of plastic each year, half of which is used in single-use items such as shopping bags, cups, and straws. The fact that plastic waste accounts for 80% of all marine garbage indicates the seriousness of this problem.

Plastic enters the ocean in amounts ranging from 4 to 12 million metric tons per year, with this figure expected to triple in the next 20 years. According to some projections, by 2050 there may be more plastic in the oceans than fish if we fail to prevent it from becoming a trash plastic soup.Also concerning is the fact that when plastics are exposed to sunlight, they degrade into microscopic particles, the majority of which are imperceptible to the naked eye. These minuscule plastic particles can easily enter the human body through the consumption of fish or other seafoods, putting our health at risk.

Given the importance of the ocean to many sectors of human activities, the livelihood and human health, we can anticipate the impact of plastic pollution to worsen if we do not take quick and decisive steps to reverse this trend. What can we do to counteract this trend in light of these challenges? At the national and global levels, I believe there are strategies to achieve this goal.

To begin, a significant focus on recycling policies at the national level is required to minimize the amount of new plastic in circulation. To put this into perspective, only 9%of plastic is recycled globally today. In order to improve this percentage, nations must establish eco-industrial estates based on the 4R approach (Reduce, Reuse, Recycle, and Recovered). This 4R strategy should be used as intermediate target toward a total ban on single-used plastics.

Good news is that countries around the worldare taking far more drastic measures to hold back the rising tide of plastic pollution.Rwanda was the world’s first “plastic-free” country in 2009. A six-month prison sentence might be imposed on anyone discovered in possession of a plastic object.Kenyan government has also imposed a four-year prison sentence and a hefty fine on anyone caught creating, selling, or merely carrying a plastic bag.Chile and Peru are two Latin American countries that have banned single-use plastic bags. Developed nations like as Canada, France, and Sweden have also enacted laws prohibiting the use of all single-use plastics.

Others, working step-by-step approach through developing a comprehensive roadmap to reduce plastic waste, such as Indonesia by 70% by 2025 and achieve net-zero plastic waste by 2040.Interestingly, a consortium of private sectors in the US also took the initiative with the launching of US Plastics Pact’s Roadmap to 2025. Its major goal is to address plastics waste at the sources, complementing US Government’s National Recycling Strategy.

Second, imposing taxes to discourage the use of plastic while also rewarding customers to participate in the recycling programme. Customers must pay a fee to pay for plastic bags at supermarkets. In 2003, Germany, which popularised the Green Dot recycling sign, established a deposit return of 25 cents on each bottle of soft or alcoholic drink.Almost all of the country’s plastic bottles have been returned for recycling as a result of the initiative. Norway also boasts an outstanding deposit return programme with 95% of the country’s plastic bottles being returned for recycling since the programme began in 2014.

Such regulations will help the advocacy and gradually raise customer awareness and encourage people to engage actively in recycling programs.

Third, the incentive should be extended to the business sector, encouraging them to find alternative methods to reduce plastic consumption. Biodegradable materials as alternatives to conventional plastics should begin with the packaging of foodstuffs, which is the most prevalent application of conventional plastics.In Indonesia, a start-up business called Evoware has offered edible and nutritious seaweed as a packaging materialwhile another companyEcoPlas has introduced a bio-based plastic made of cassava.Philanthropic foundations and crowd funding should see this as an opportunity to inspire more of world’sbrightest minds to investigate new biodegradable plastics innovations, complementing government assistance through the banking sector.

Some may even go furtherby suggesting that we reconsider our perception of plastic as trash and introduce the concept of sustainable uses of plastics. In essence, they are advocating for a restorative and regenerative approach to plastic usage in order to limit the amount of plastic waste that ends up in landfills. This new strategy will, without a doubt, necessitate new technology. And, in order for this method to proliferate, transfer of technology and know-how are required so that private sectors in developing countries may participate in and benefit from the circular plastic economy.

Fourth, via education, raise awareness of the dangers of plastic contamination in the oceans. Communities, particularly millennials, must be inspired to discuss zero-waste plastic and preventing ocean pollution from macro and micro plastics. Millennials and Gen-Z are eager to become agents of social change for the conservation of oceans and marine ecosystems once they have been inspired.

Take a look at Plastic Bank, a social company that is led by millennials in their advocacy to transform plastic trash into cash. It has worldwide networking in Haiti, Indonesia, the Philippines, Brazil, and Egypt. People that collect plastic can exchange it for cash or essential things like gasoline, stoves, or even services such as transportation tickets. In Cote d’Ivoire,plastic waste has been turned into classroom building materials, thanks to the creative idea of ConceptosPlasticos, a Colombian company that developed a method for manufacturing non-PVC plastic bricks that are cheaper, lighter, and more durable than traditional bricks.

Finally, ocean governance must be examined in order to remedy legal lacunain response to the invasion of plastic waste into the oceans. To regulate the emission of plastic waste from ships and the transportation of non-hazardouswastecontaining plastic, the international community must act together. The International Maritime Organization (IMO) would be an appropriate institution to develop a more coordinated global vision for collective measures to address the threat posed by plastic pollution to the ocean.

Previously in 2001, IMO adopted legal framework and mechanism to prohibit the use of harmful metallic compounds in anti-fouling paints used in ships following findings that the compounds persist in water and killing sealife, harming marine environment as well. The IMO’s actions would eventually give legal weight to a number of initiatives, including the UNEP Clean Seas campaign of February 2017, the UNGA 73 Campaign’s #BeatPlasticPollution and collaboration of IMO and FAO on GloLitter Partnership of 2019, for a cleaner planet andoceans and safe food for human health.

Only by integrating the entire global community in the implementation of these comprehensive measures will we be able to save the oceans and prevent them a trash bin of plastic garbage.

[1]Ambassador of the Republic of Indonesia. Views expressed here are personal.