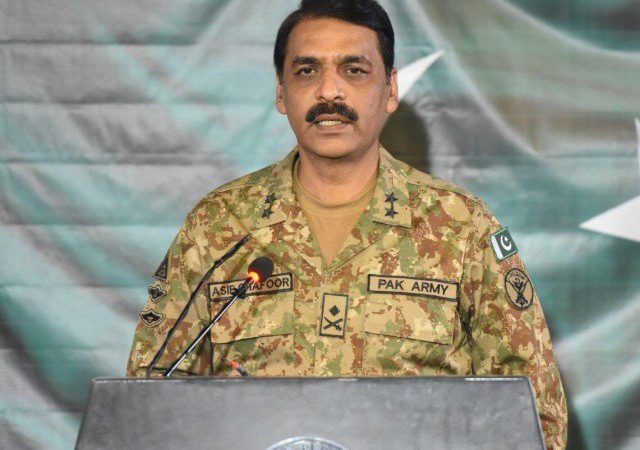 RAWALPINDI, (DNA) – The Indian government sent on Monday show cause notices to as many as 13 news channels for airing the recent news briefing by DG ISPR Major General Asif Ghafoor, in which he issued an unambiguous warning to New Delhi: “Don’t mess with Pakistan”.

The Indian information ministry, accused media houses of violating the advisory issued in the aftermath of the Pulwama attack.

Following the suicide attack in occupied Kashmir in which over 40 Indian paramilitaries were killed, the ministry had asked to not air any content that might incite violence, affect law and order, promote anti-national attitude and affect the integrity of the nation.

According to the notice, one particular channel, Tiranga TV, telecast the media briefing for 20 minutes and 45 seconds, “during which there was no intervention from the channel for correctness or otherwise of the claims being made in the said briefing in order to ensure that there is no violation…”.

“We do not wish to go to war. But please be assured, should you initiate any aggression, you shall never be able to surprise us. We shall, for sure, surprise you,” the chief military spokesperson said during an unusual media briefing. 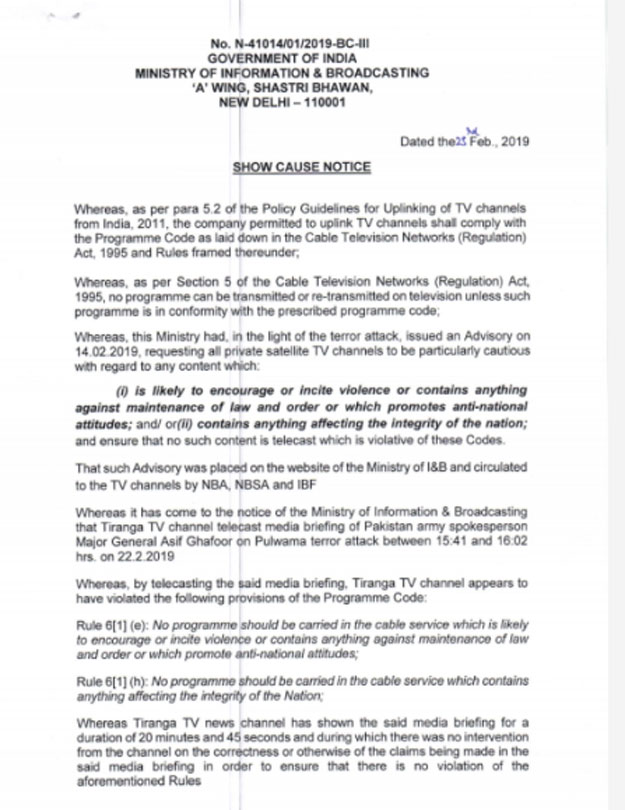 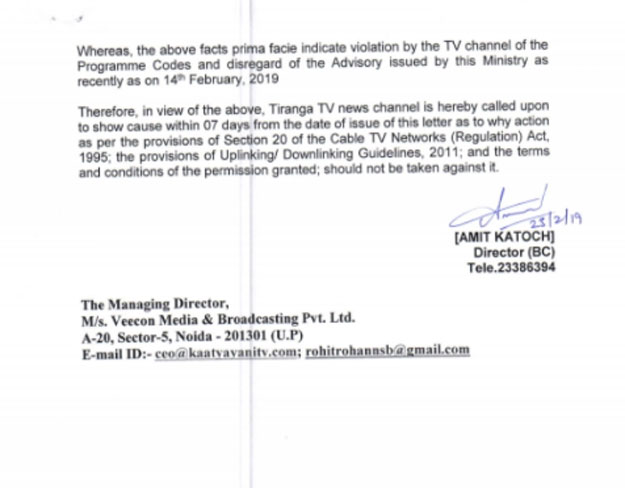