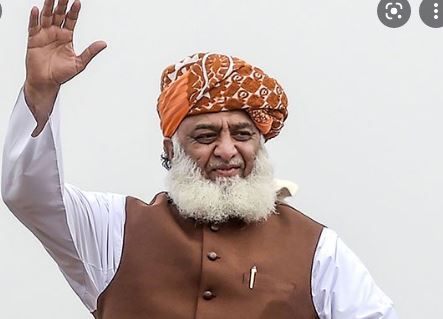 ISLAMABAD, FEB 18 (DNA) — Pakistan Democratic Movement (PDM) President and Jamiat Ulema-e-Islam-Fazl (JUI-F) chief Maulana Fazlur Rehman has decided to set up a base camp in Islamabad in order to ensure the success of the no-confidence move, the opposition parties plan to bring against Prime Minister Imran Khan in the National Assembly (NA).

According to a private television channel report Friday, after addressing a public gathering in Hangu, Khyber Pakhtunkhwa (KP) day after tomorrow (Wednesday, February 20), Maulana will arrive in the federal capital and hold meetings with politicians and leaders of different political parties there in order to win their support for the no-trust motion.

They added that the PDM president planned to stay in the capital city until and unless the motion was passed and the government was sent home.

Besides that, JUI-F chief had also convened his party’s meeting in Islamabad on February 22, the sources said, adding he would hold consultations with the leaders of other opposition parties for the formation of a committee, which would muster the support of maximum number of MNAs in order to show the government the door.

Furthermore, either at the end of February or the start of March, Fazl will chalk out a strategy in consultation with opposition parties to convene PDM leader’s summit.

Sources explained that Maulan would not confine himself to meetings with opposition leaders only, but would also reach out to the parties allied to the Pakistan Tehreek-i-Insaf (PTI) in the federal government. =DNA

« Opposition’s haste for no trust move to save looted wealth: PM Imran (Previous News)
(Next News) United States challenges Russia to step back from Ukraine attack »