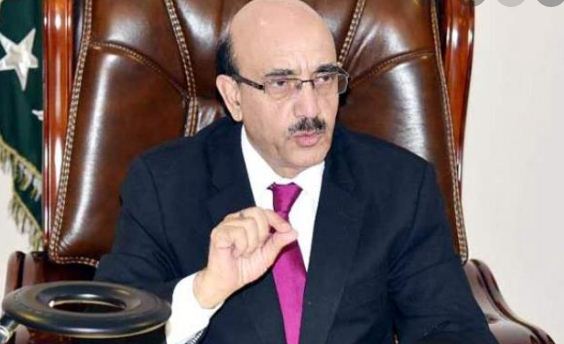 MUZAFFARABAD, AUG 06 (DNA) – AJK President Sardar Masood Khan on Friday called upon members’ states of the Organization of Islamic Cooperation (OIC) to establish a humanitarian corridor to aid people of Indian Occupied Kashmir Kashmiri people, who are under siege and continue to face Indian state brutality.

The President made the appeal while talking to a 12-member delegation of the OIC- Independent Human Rights Commission (IPHRC) in Aiwan-e- Sadr Muzaffarabad.

The President thanked the OIC for its courageous and steadfast support for the right of the people of Jammu and Kashmir to self-determination. He also expressed his deep gratitude to the commission for publishing a comprehensive and seminal report in March 2017 on the human rights situation in the Indian Occupied Jammu and Kashmir.

Terming the IPHRC’s previous report as a precursor to the reports on the human rights situation in IOJK published by the Office of the UN High Commissioner for Human Rights, Masood said since the last report of the OIC Human Rights Commission, the situation in IOJK has undergone several significant changes that demand commission’s immediate attention.

President Khan said that in the light of the recommendations made in the IPHRC’s previous report, the Muslim world, especially the member countries of the Organization of Islamic Cooperation should raise their voice against the worst human rights violations in occupied Jammu and Kashmir and consider Boycott, Divestment, and Sanctions (BDS) against India.

He also demanded immediate steps by OIC to provide emergency assistance to the beleaguered Kashmiris who have been suffering for the past two years by establishing humanitarian corridors and provide scholarships to Kashmiri students studying in Occupied Kashmir, AJK, Pakistan and other countries of the world so that they could continue their education

Referring to the refugees who took shelter in AJK to avert Indian atrocities, he said that at present there are a total of 42,000 refugees in the state, most of whom reside in Muzaffarabad. The government of Azad Kashmir provides assistance to these refugees in collaboration with Pakistani institutions, he added.

Urging the members of the delegation to expose India’s false propaganda that its troops were fighting terrorism in occupied Kashmir, the state president said that Dil Bagh Singh, the Indian police chief in occupied Kashmir, had himself admitted that there were a total of 200 militants in the occupied territory against whom India had deployed 900,000 troops.

He said that India has deployed such a large army not to fight the militants but to kill unarmed and defenseless people of the occupied territory.

Informing the OIC delegation of the illegal and unilateral steps taken by the Indian government on and after August 2019, Masood said that after snatching symbolic special status of IOJK, bifurcating the occupied state into two parts and annexing it with the Indian Union, settling non-Kashmiri Hindu citizens in occupied Kashmir to convert the Muslim majority into a minority, Delhi is now actively engaged in gerrymandering to reduce Muslim representation in the state legislature of IOJK.

Regarding anti-Islam and anti-Muslim actions in occupied Kashmir, the AJK president said that the Indian troops were killing only the Kashmiri Muslims, destroying their places of worship, outraging their language, history, culture, and traditions, which is a proof that the Indian troops are fighting not terrorists, but are engaged in the systematic war against the Muslims. = DNA 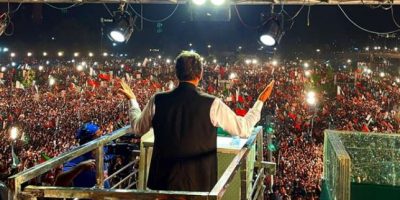 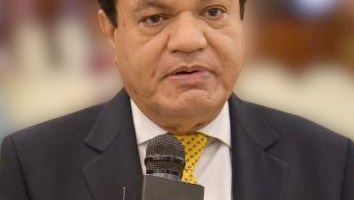