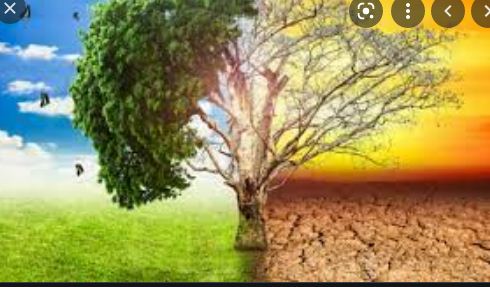 Islamabad, AUG 6 /DNA/ – To respond to growing challenges related to climate change and ever-increasing energy crisis, the formulation of a green parliamentary caucus is the urgent need of the hour. The platform would play much needed role in advancing discourse around the critical issues and thus, to contribute to the right policy actions.

The parliamentarians and experts from environment and energy sectors said this during a meeting of parliamentarians on ‘Proposed Parliamentary Caucus on Energy Transition in Pakistan’ organized by Sustainable Development Policy Institute (SDPI) and Rural Development Policy Institute (RDPI), Islamabad. MsRukhsana Naveed, Parliamentary Secretary, Ministry of Climate Change (MoCC) said that Pakistan could not show considerable progress on SDGs amid lack of implementation capabilities.

The challenges, such as unauthorized deforestation, need to be dealt with on an urgent basis to save environmentthat is why the government responding to this challenge  has been providing alternate  choices to the people in place of fuel wood and legislation is now there to curb activities such as illegal cutting of trees.

The Parliamentary Secretary for Trade, Ms Aliya Hamza Malik, highlighted that Pakistan aims to achieve 30% energy through renewable resources which is both an ambitious and realistic target. The formulation of a green parliamentarian caucus could play a vital role in dealing with these pertinent issues as such actions are immensely important for  betterment of future generations.

Ms Nafisa Shah, MNA, was of the view that energy is a critical issue for development of the country. Therefore, we need awell-defined leadership, structure, and pre-defined objectives for formulation of a relevant platform/caucus of the parliamentarians.

Ms Romina Khurshid Alam, MNA, emphasized that we need short, medium, and long term goals to tackle critical issues relating to climate change and energy. She suggested that the role of think tanks and CSOs in building the technical capacity of the parliament and evidence-based policy formulation should be enhanced.

Dr Abid QaiyumSuleri, Executive Director, SDPI, said that  SDPI and RDPI can provide secretarial, research and other technical support including coming up with relevant policy briefs to the proposed parliamentary caucus.  He said that the role played by the United Nations Development Programme (UNDP) in capacity building of parliament and the recent initiative of the Foreign, Commonwealth and Development Office (FCDO) through the British Council are commendable to advance the much needed discourse around climate change and energy.

Dr Hina Aslam, Research Fellow, SDPI, earlier highlighted the impacts of climate change and the need for an energy transition in Pakistan. She mentioned that the issues of clean energy and climate change have become global urgencies due to changing weather patterns, droughts, floods, and threats to food security. Dr Hina further shared various aspects of the initiative with the participants and said this collaboration would play an important role to suggest right policy actions to respond to emerging challenges.