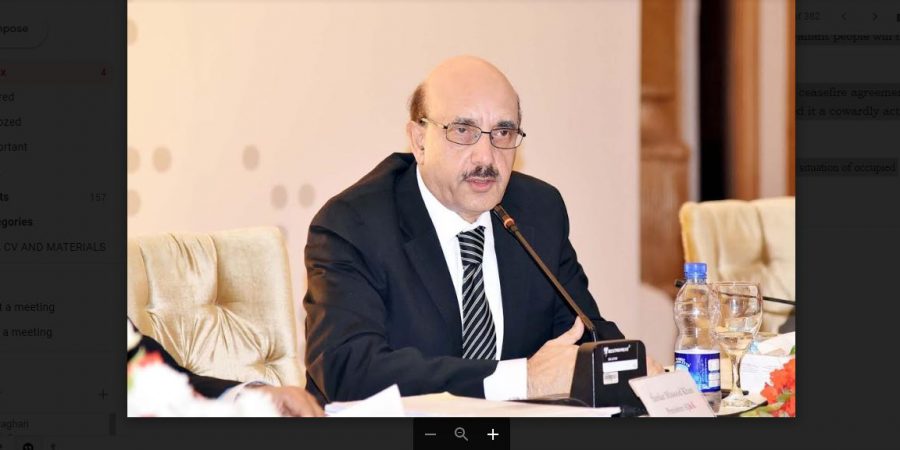 ISLAMABAD, SEP 30 (DNA) – Sardar Masood Khan, President Azad Jammu and Kashmir, has said Muslims and Hindus have lived and will continue to live together in South Asia for centuries.

“By killing, disenfranchising and dispossessing Kashmiri Muslims, the BJP-RSS regime is creating a poisonous legacy of hate and hostility. This will spell disaster for peace, security and development”, he said.

The President said that a global movement should be initiated to declare the Bharatiya Janata Party (BJP) and Rashtriya Swayamsevak Sangh (RSS) as terrorist organisations as they are advocating an extremist ideology and providing military training to Hindu zealots.

The President made these comments while addressing, as the chief guest, an online International Conference on “Role of Human Rights Watch in Thwarting Indian Atrocities in Indian Occupied Jammu and Kashmir”, organized by the Center for Global and Strategic Studies.

President Masood Khan in his opening remarks said that that despite the promulgation of numerous international Human Rights Instruments; India continues to flagrantly committed human rights abuses in Indian Occupied Jammu and Kashmir. He added that the scale of these violations have increased exponentially after the military lockdown imposed on August 5 last year.

Masood Khan said that the core right is the right to life and right to self-determination. He added that despite a passage of around a dozen UN Security Council resolutions on Jammu and Kashmir, the Kashmir dispute has yet to be resolved in an amicable manner.

India, he said, continues to violate international humanitarian law in IOJK and instead draconian laws like the Armed Forces Special Powers Act and the Public Safety Acts have been enforced in the occupied territory, under the cover of which Indian forces continue to kill, incarcerate and torture innocent Kashmiris.

The AJK President said that in IOJK there is no conflict between two armies, rather it is a one-sided war between a 900,000 strong force killing innocent and unarmed Kashmiris. These forces, he said do not abide to the humanitarian laws of warfare and have no regard for the principle of proportionality and neither hold any distinction between combatants or non-combatants.

Masood Khan said that after 5 August 2020, the Indian government have bifurcated the territory and made Kashmir and Ladakh Union Territories; and this being carried out without the consent of the people. He said that more alarming is the rapid demographic transformation taking place in IOJK. He added that properties are being transferred and the legitimate businesses have been given to Hindu contractors thereby economically starving the Kashmiris.

“This is the most serious crime. 1.8 million non-State Hindus have already been granted Kashmir domiciles . At this rate, in one to two years, the non-native Hindu population would be equal to the local Muslim population”, he said.

The President said that an actual genocide is taking place in IOJK as according to the US-based Genocide Watch IOJK is at stage 8 and the BJP-RSS regime is preparing for stage 9; extermination. Also, a cultural invasion is taking place and Kashmir is losing its unique identity. Names of streets and landmarks are being changed and temples are being built all over IOJK.

The AJK President proposed that the International Law Commission may also be approached for the establishment of special tribunal on the genocide taking place in IOJK and third parties can also refer to the International Criminal Court to hold India accountable. The Office of the High Commissioner for Human Rights in a report has given strong recommendations for the establishment of a Commission of Inquiry to visit IOJK, he said,

Furthermore, the President said that with the support of friendly countries Pakistan can table resolutions in the Third, Fourth and Sixth Committees of the UNGA; highlighting in it Kashmiris right to self-determination, demand decolonization and debate the illegal dimensions of India’s actions, respectively. He reiterated the need for initiating a Boycott Divestment and Sanctions movement against India for its human rights violations in IOJK.

President Masood Khan said that after 5 August 2020, the international community’s response had been very robust but over the course of the year the attention had dwindled. While Kashmiri voices got representation and they were allowed to advocate the Kashmir issue very effectively the killings and land grab did not stop.

Earlier, during his meeting with Secretary-General of Jamiat Ahal Hadith Azad Kashmir Mr. Daniyal Shahab, AJK President highly appreciated the role of Ulema in maintaining interfaith harmony in Azad Kashmir and for promoting the true teachings of Islam based on tolerance and peaceful co-existence.

Describing the religion of Islam as a binding force, the President said around two billion followers of Islam spreading across the globe are one Ummah and their religion binds them together despite the difference of their colour, races and ethnicities. He urged the religious parties and groups to promote interfaith harmony to strengthen the concept of a united Muslim Ummah.

Khan also called upon the Ulema to play their role in awareness-raising of the atrocities being perpetrated by Indian occupation forces, India’s move to transform demography of IOJK and ethnic cleansing of Kashmiri Muslims in the occupied territory. =DNA 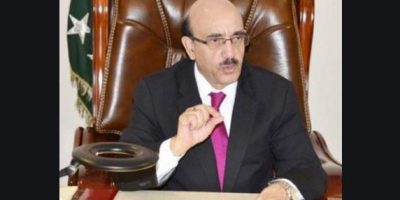 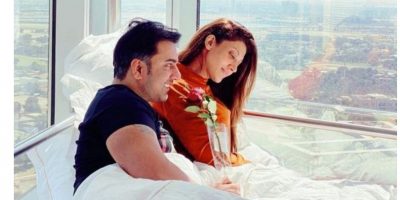