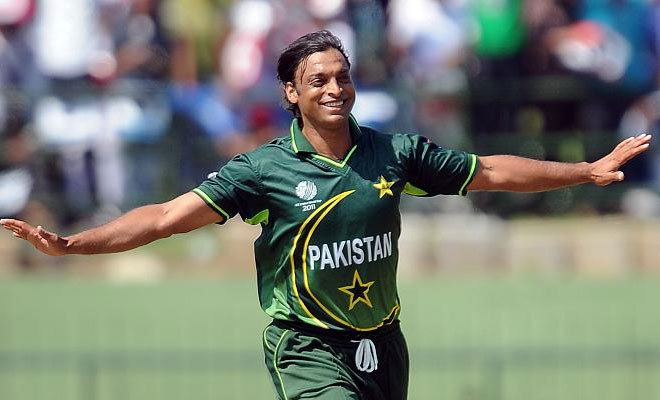 ISLAMABAD: In its detailed order over fine of Rs7 million and ban of five years on Pakistan fast bowler Shoaib Akhtar by the Pakistan Cricket Board, the Lahore High Court (LHC) set aside the punishment and declared it to be without lawful authority and of no legal effect.

The detailed order was issued on May 6 from the court of Justice Shams Mehmood Mirza of the LHC and stated that the case of Shoaib was not governed by any validly promulgated rules and regulations by the PCB and therefore the remedy of writ cannot be denied to him.

Earlier, a writ petition was submitted in the LHC against the decision of the appellate tribunal of PCP issued on June 14, 2008 whereby a penalty of Rs7million was imposed on Shoaib in addition to a ban of one-and-a-half year from playing cricket, the order said.

A constitution of the PCB promulgated in 2014 empowers it to make rules and regulations, it said, adding that the PCB enters into central contracts with the players which contain a number of terms and conditions and Shoaib Akhtar was also under them which expired on Dec 31, 2007 and was never renewed.

The central contract in its schedule enumerates a number of actions, the committing of which results in imposition of penalties, the order stated, adding that the PCB introduced the PCB Conduct of Disciplinary Proceedings Policy 2007, from July 1, 2007.

Under the terms of the policy, a disciplinary committee was constituted, the order stated, adding that by examination of various clauses of the policy, it appears that either a complaint or an appeal can be filed before the disciplinary committee within two weeks of happening of an incident or penalty imposed and communicated by the manager or happening of an incident or penalty imposed by the manager within two weeks of the end of tour.

The complaint or appeal had to be filed supported by an affidavit.

Shoaib was served with a show-cause notice dated Feb 11, 2008 asking him to clarify his position in respect of an article published in daily Dawn on Feb 9, 2008 wherein he criticised the PCB and submitted a reply to the notice on Feb 16, 2008.

On March 24, 2008 he received another notice asking him to appear before the disciplinary committee of the PCB on April 1, 2008 and he appeared, the order said, adding that the committee on that very day through a short order imposed a ban of five years on him from playing cricket in Pakistan or for Pakistan at any level.

He appealed against the order before an appellate tribunal which passed its decision on June 14, 2008 according to which the ban was reduced to one-and-a-half year but a fine of Rs7million was imposed on him.

Shoaib’s counsel submitted that the punishments awarded to him both by the disciplinary committee and the appellate tribunal were not mentioned in any rules, statute of the board or even in the central contract.

His counsel further said that Shoaib’s contract had lapsed by efflux of time when the show-cause notice was served on him.

It was further stated that the charges were levelled against him without giving a charge-sheet and the punishments were announced.

Schedule 3 of Shoaib’s central contract stated that it contains the penalties for breaches to be committed by the players and its clauses 27 and 28 appear to be relevant to the facts of the present case and were pressed into service by the board’s counsel.

Clause 27 states that “making public comments without seeking the board’s permission” is a breach entailing a penalty from Rs200,000 to Rs1 million and one to five match ban.

Similarly, clause 28 states that “making public comments that may seem detrimental either to the game or to a particular tour or any official” as a breach attracting the same penalty and fine as prescribed in clause 27.

At the end of schedule 3, a note has been given to the effect that “all media related breaches will be valid (sic) for a period of 12 months after the cessation of last contract.”

The order stated that the PCB’s counsel relying upon the said note argued that notwithstanding the expiry of the contract of Shoaib, the media related breaches survived for a period of 12 months and thus were validly applied in the case of him.

The order said even if the breaches mentioned in schedule 3 were applicable to him, it appears that the penalty fine imposed on him by the tribunal was not commensurate with the amount of fine or the ban mentioned in the afore-mentioned clauses.

It is clear that the tribunal’s decision was not based upon the provisions of the central contract he had with the PCB as the penalty amount imposed had no nexus with the amount of penalty that could be levied in terms of the contract, the order stated, adding that the board’s counsel when faced with this could not come with any valid answer.

Previous conduct of Shoaib was not a valid basis for imposing an enhanced fine and ban, the order stated.