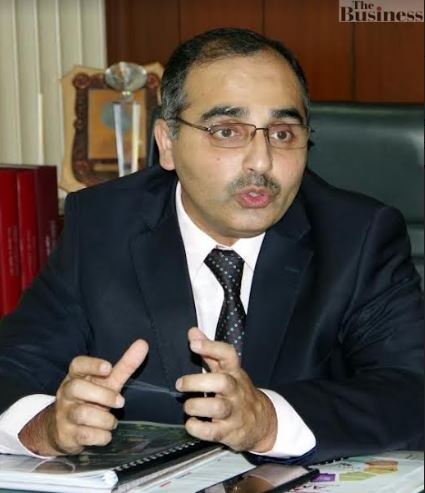 ISLAMABAD: The Friends of Economic and Business Reforms (FEBR) President Kashif Anwar on Sunday said that with weaknesses in private capital inflows continue to persist, the Central Bank should cut policy rates to spur growth, as cut would infuse confidence in the business community and propel economy which was hostage to the past policy of austerity.

Ruling out the impression that high interest rate would dent credit off-take to industry, he said in reality only large businesses were the beneficiaries of bank credits. SMEs are still deprived of this facility and will remain so in the present situation, he said.

The FEBR cannot understand how the policy rate will curb food inflation as the high-interest rate and rupee depreciation will increase the cost of doing business, he said.

He said the SBP had been watching the rupee fall against the greenback from the sidelines since the political uncertainty has gripped the country. Now it has come up with an increase of 250bps in interest rates to do the rest of the damage to the economy.

Kashif Anwar came down hard on the latest monetary policy tightening by the central bank, which he said would make borrowing too expensive for them to continue with their operations.

He said inflation in Pakistan was cost-push, which spiked due to surging prices of commodities in world markets as well as deprecation of the rupee against the dollar.

The economy doesn’t have the capacity to absorb the high interest rate as it was already struggling with the weak exchange rate,” he pointed out.

He added that the free hand given to the SBP was in fact making matters complicated for the country, as well as industry.

The businessmen expecting the cut in interest rate, as the rate cut could help boost private sector growth. He also complained that lending to private sector by the commercial banks during the current fiscal year has not picked up pace.

He also called for steps to fight energy shortage, security challenges and political instability to make interest rate cut meaningful and result-oriented. He called for supporting large scale manufacturing and credit to the private sector which is sliding, stopping flight of capital, improving tax machinery and curbing speculation of different sectors.

FEBR President suggested the government to observe restraint while getting loans from commercial banks and improve governance to ensure over 5 percent growth target which has not been achieved so far. He appealed the SBP to review its tight monetary policy stance as it will hamper the production and thwart the economic growth of the country.

He was of the view that the SBP had taken the decision to enhance the policy rate as per instruction of the International Monetary Fund (IMF), as the decision is not based keeping in view the situation of trade and economy, he added. He said the SBP had taken a unilateral decision in view of the absence of any government. He said the SBP had previously cut the interest rate on government intervention and pressure from businesses, but now it was free to raise the policy rate.