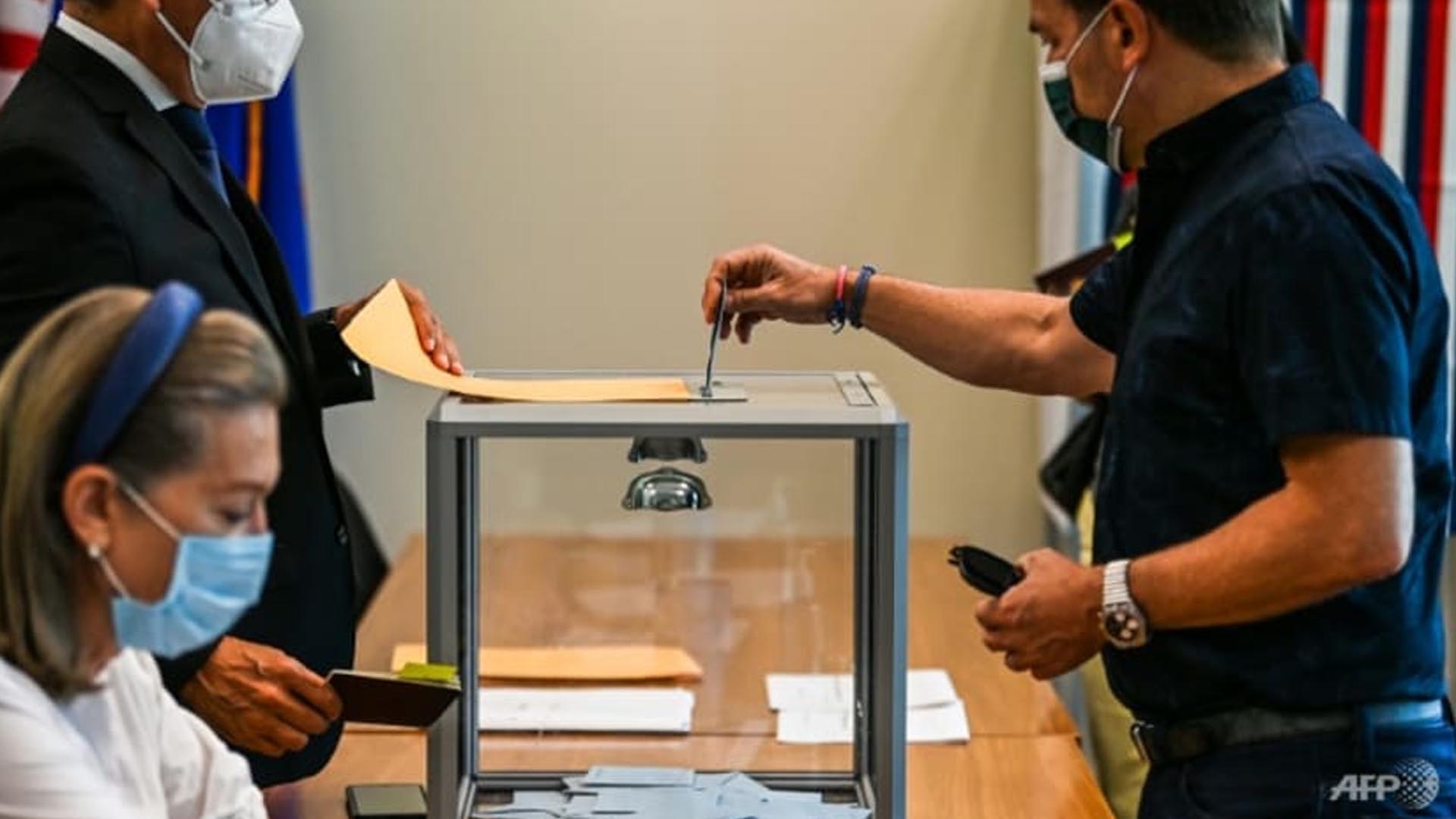 Polls opened in mainland France at 0600 GMT after an unusual campaign overshadowed by Russia’s invasion of Ukraine that analysts warned could lead to unpredictable outcomes with turnout a major factor.

French overseas territories already voted Saturday to take account of the time difference, starting with the tiny island of Saint Pierre and Miquelon off the coast of Canada and then territories in the Caribbean followed by French Pacific islands.

“It’s important to vote, that’s when you choose between the good and the bad. After all, the president will run your life,” said Annette Tehariki, a 57-year-old voting in French Polynesia.

Polls predict that Macron will lead Le Pen by a handful of percentage points in round one, with the top two going through to a second-round vote on April 24.

Far-left candidate Jean-Luc Melenchon is snapping at their heels in third place and still fancies his chances of reaching the second round at the expense of Le Pen or even — in what would be an extraordinary upset — President Macron himself.

Although her opponents accuse her of being an extremist bent on dividing society, Le Pen has with some success during the campaign sought to show a more moderate image and concern with voters’ daily worries such as rising prices.

Macron by contrast has campaigned relatively little, by his own admission entering the election campaign later than he would have wished due to the war in Ukraine.

French television channels will broadcast projections of the final results, which are generally highly accurate, as soon as polls close at 1800 GMT Sunday.

If Macron and Le Pen as forecast reach the second round, analysts predict that their clash will be far tighter than in 2017 when the current president thrashed his rival with 66 percent of the vote.

“There is uncertainty,” said French political scientist Pascal Perrineau, pointing to unprecedentedly high numbers of voters who were still undecided or who changed their minds during the campaign as well as absentee voters.

Analysts fear that the 2002 record of the number of French voters boycotting a first round of 28.4 percent risks being beaten.

Early voting patterns seemed to confirm such forecasts, with voter turnout by midday at 25.48 percent, three points below the level recorded at the same time in the 2017 election, the interior ministry said.

“It’s a duty and a right to vote, we decide who gets elected,” said Mohammed Idriss, a 68-year-old retired soldier voting at the French consulate in Pondicherry, India. “If you don’t vote you’re not a good citizen.”

But in the Paris suburb of Pantin, Blandine Lehout, a 32-year-old actress, said none of the candidates deserved her vote.

“For the first time in my life I’m not going to vote,” she said. “I’ll vote in the (June) parliamentary election, but in this election, I hate them all. We’re at a stage where they frighten me.”

Some 48.7 million voters are registered across France to vote in this election.

The stakes are high for Macron, who came to power aged 39 as France’s youngest president with a pledge to shake up the country.

He would be the first French president since Jacques Chirac in 2002 to win a second term.

If he does, he would have a five-year mandate to impose his vision of reform which would include a crack at raising the pension age in defiance of union anger.

He would also seek to consolidate his number-one position among European leaders after the departure of German chancellor Angela Merkel.

A Le Pen victory would be seen as a triumph for right-wing populism, adding to election victories last weekend by Hungarian premier Viktor Orban and Serbian leader Aleksandar Vucic, who both have cordial ties with Russian President Vladimir Putin.

The candidates of France’s traditional parties, the right-wing Republicans and the Socialists on the left, are facing a debacle on election night.

Greens candidate Yannick Jadot, the Republicans’ Valerie Pecresse and the flagging Socialist nominee Anne Hidalgo appear certain to be ejected in the first round.

Hidalgo voted early on Sunday, casting her ballot in Paris, where she is the mayor, shortly after polling stations opened, followed by Melenchon in the southern port city of Marseille.

Far-right former TV pundit Eric Zemmour made a stunning entry into the campaign last year but has since lost ground, and analysts say he has actually aided Le Pen by making her appear more moderate.

Much attention is already turning to the second round and the question of who will win the backing of the defeated first-round hopefuls.

Analysts question whether Macron would enjoy the same support from a broad anti-far right “Republican front” coalition that helped him win in 2017. 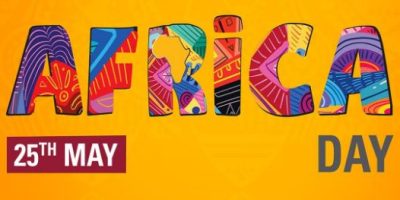 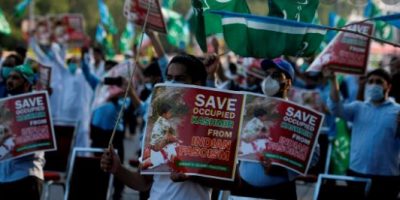