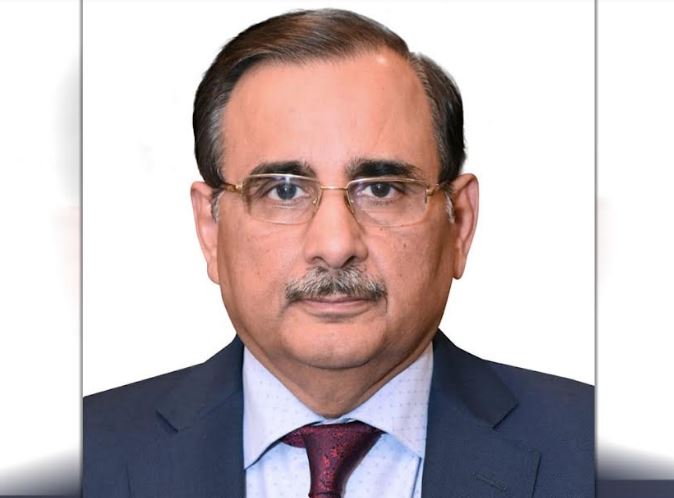 ISLAMABAD, APR 10 /DNA/ – The Federation of Pakistan Chambers of Commerce and Industry’s Businessmen Panel on Sunday rejected the central bank’s decision of jacking up key policy rate by 250 basis points to 12.25%, stating that Pakistan’s interest rate was already very high in view of the regional countries markup rates.

BMP Chairman and FPCCI former president Mian Anjum Nisar asked the SBP to follow regional countries, who have maintained their key policy rate at average 6.5% to attract investment and stimulate the economy. These countries can manage surging inflation through regulatory tools without throttling growth, so Pakistan should also take benefit of such approach, he added. He stressed the need for reduction in discount rate, arguing that low key policy rate is essential to make Pakistani exporting sector as well as the local industry competitive.

In the absence of any proper government and stable atmosphere, the SBP’s decision to raise interest rate will further ruin the economy, he said, adding this is why the businessmen had opposed the bill for SBP’s autonomy.

Mian Anjum Nisar also demanded the immediate reduction in electricity tariff especially for SMEs as a first step towards cut in production cost while the second and vital step toward this direction would be bringing discount rate to the regional level with a view to provide level-playing field especially to the export industry. The decision would have the same importance for the domestic industry too, as it has also been facing tough competition of cheaper imported merchandize in the country following FTAs with several countries, he added. While appreciating the central bank’s role in sustaining economic growth through supporting trade and industry, he said that reduction in interest rate would be vital relief to the business community.

The BMP chief said that after the Corona devastation, Pakistan should take advantage of those export orders canceled by the other regional countries. For this, the authorities would have to reduce production cost of the industries to avail this offer by the international buyers. He said that the central bank should announce an initiative related to loans for small and medium enterprises (SMEs), as the SME sector has to show collateral to banks, which are always reluctant to offer them concessional credit.

He said it is high time that government should revise interest rate to turn Pakistan into a production economy. He said our future lies in strengthening the production sectors, but that would require the government to make a decision and cut the cost of credit as there is no justification to keep interest rates that high particularly when this policy is unlikely to produce the desired results in the wake of cost-pushed inflation.

Mian Anjum said that tight monetary policy has not produced desired results for the economy in past as the inflation rate on which the current policy is based, is once again surging despite increasing key policy rate. He said that the tight monetary policy is casting multiple negative effects on the economy as it has kept interest rate very high causing sharp fall in the value of rupee, Squeezing credit for private sector and reducing domestic savings, investment, production and exports. He said it is right time that SBP should revisit its monetary policy to mitigate its harmful impact on the business and economy.

There was no hurry to push up the interest rate rather the SBP should have waited till the final verdict of the Supreme Court which might have settled down the political dust and revived economic activities gradually, he said.

He said that the country is passing through a difficult phase in view of massive rupee devaluation against the dollar which is bound to increase the cost of imported raw materials. Dark clouds are hovering on the stock market and there is a flight of capital from Pakistan. The SBP’s decision to increase the interest rates looks untimely, he added.

He said the central banks of various countries were lowering the interest rate while the SBP was going in the opposite direction.

The SBP has raised the interest rate to reduce pressure on inflation. Pakistan’s economy is import-oriented where exchange rate plays havoc with the commodity and raw material prices, he said.

He opined that the prices of raw materials and finished products were already high and they will further soar in view of the continuous rupee fall against the dollar which would push up the cost of doing business.