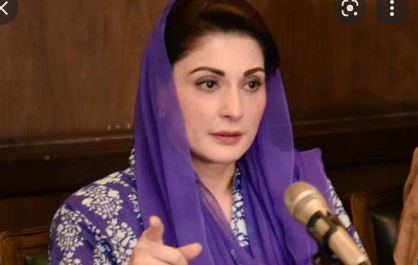 LAHORE, Pakistan Muslim League-Nawaz (PML-N) vice
president Maryam Nawaz on Wednesday while appealing that the
institutions should not make decision to placate people resorting t
pressure tactics said that that it would be the best decision if the
establishment would work within the ambit of constitution.

Addressing a press conference in Lahore on Wednesday, she said that the
judiciary should also deal with this fitna as the holy Qur an commands.

The PML-N vice president said that her party respects Supreme Court s
decision, ordering the government to allow PTI to organise long march at
a ground between H-9 and G-9 areas of the federal capital.

“The decision is basically a safe exit for them. Their lawyer kept
saying in court that they wanted a specific ground which can only hold
10,000 people. To this, the government lawyer repeatedly said the ground
can only hold 10,000 people but PTI knew they cannot produce more people
than that number so they insisted,” she added.

Regarding PTI’s talks with the government, Maryam Nawaz said that PML-N
leader Ayaz Sadiq was contacted by Asad Qasier and Fawad Chaudhry two
days ago for the talks and proposed that the government announce
elections time frame within 8 to 10 months to which Sadiq said that the
proposal would be laid before party supremo Nawaz Sharif.