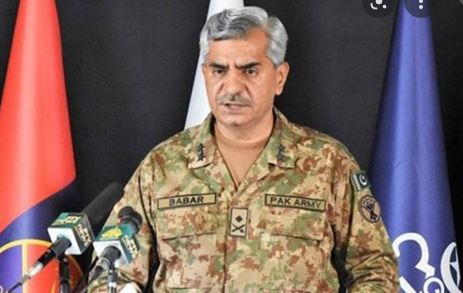 The statement issued by the DG ISPR said that India has sentenced Yasin
Malik over fabricated allegations. These kinds of acts by India would
not be able to suppress Kashmir’s struggle for independence, it added.

The DG ISPR added that the real struggle for Kashmir is continuous in
the Indian Occupied Kashmir. We stand with our Kashmiris brothers in
their fight for autonomy and independence, he added..

The Indian court, officially convicted Yasin Malik on May 19 in cases
registered against him over three decades ago and fixed the hearing for
Wednesday to announce the quantum of the sentence.

The National Investigation Agency had demanded the maximum punishment,
the death penalty, while the defence pleaded for life imprisonment.

Yasin took to the rostrum amid the hearing and said that he is a
law-abiding citizen and has spent his life according to Mahatma Gandhi’s
principles. Why did several Indian Prime Ministers meet me if I was a
terrorist, why I was given an Indian passport? he asked.