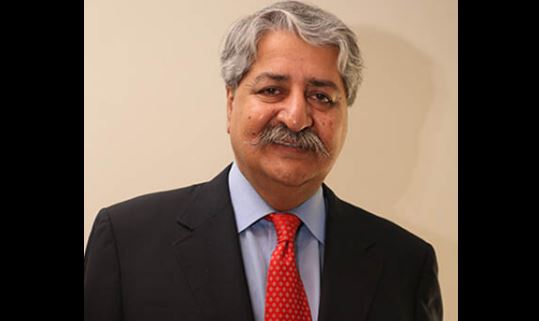 PARIS, MAY 25 /DNA/ – Federal Minister for Commerce Syed Naveed Qamar said that Pakistan enjoys historic friendly and cooperative relations with France and wishes to strengthen and diversify bilateral trade and economic linkages in the years to come.

He said since its launch in 2014, the GSP Plus scheme has helped in creating an enabling environment for the implementation of 27 international conventions on human rights, labour rights, environment and good governance in beneficiary countries, besides increasing employment opportunities, especially for women and highlighted its importance for Pakistan’s economy, particularly the export sector.

Syed Naveed Qamar appreciated support of European member states especially France in securing the GSP Plus status in 2014 and hoped that the upcoming GSP Plus 2024 would further strengthen the mutually beneficial trade ties between Pakistan and the EU.

Pakistan wishes to remain constructively engaged with the EU and its member states to further enhance our commercial relations and to cooperate in terms of protection and promotion of social, economic, and other rights of the people of Pakistan, he added.

He mentioned that Pakistan’s exports to France are dominated by the textile sector, and there is immense potential to diversify trade to other sectors such as agriculture, dairy, clean energy, digital economy and startups.

Later, the Minister also held an interaction with media persons, and briefed them about the objectives and achievements of his visit. The Minister is currently on an official visit to major EU capitals including Brussels, The Hague and Berlin.