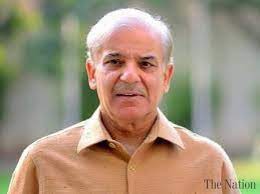 LAHORE , DEC 23 : Lambasting the Pakistan Tehreek-e-Insaf leadership once again, Opposition Leader in the National Assembly Shehbaz Sharif said that Imran Khan’s government is going to end. He said the incumbent government has caused damage to the country to a greater extent.

Addressing a gathering in Lahore, Shehbaz Sharif said politics should be done only to address grievances of masses, give support to widows and orphans, provide medical facilities to the poor, eliminate poverty and control the inflation.

The PML-N leader said Pakistan’s economy has been completely destroyed in the last three years. People are continuously wailing over selection of the present government.

He said there was no inflation in Nawaz Sharif’s tenure and people were receiving free medical facilities along with other essential services.

“You (Imran Khan) have even disappointed your own voters. The country never faced such situation in the last 74 years,” he added.

Shehbaz Sharif asked masses to get ready to get rid of the current government. He said if no action is taken, Pakistan’s survival will be at stake.

While addressing a conference in Lahore, Ayaz Sadiq said that the opponents of PML-N are afraid that Shahbaz Sharif might not leave for London.

He went on to say that he has not seen any man more coward than PM Imran Khan in politics. He mentioned that premier s good governance has turned into bad governance while Nawaz Sharif has left all his matters on Allah.