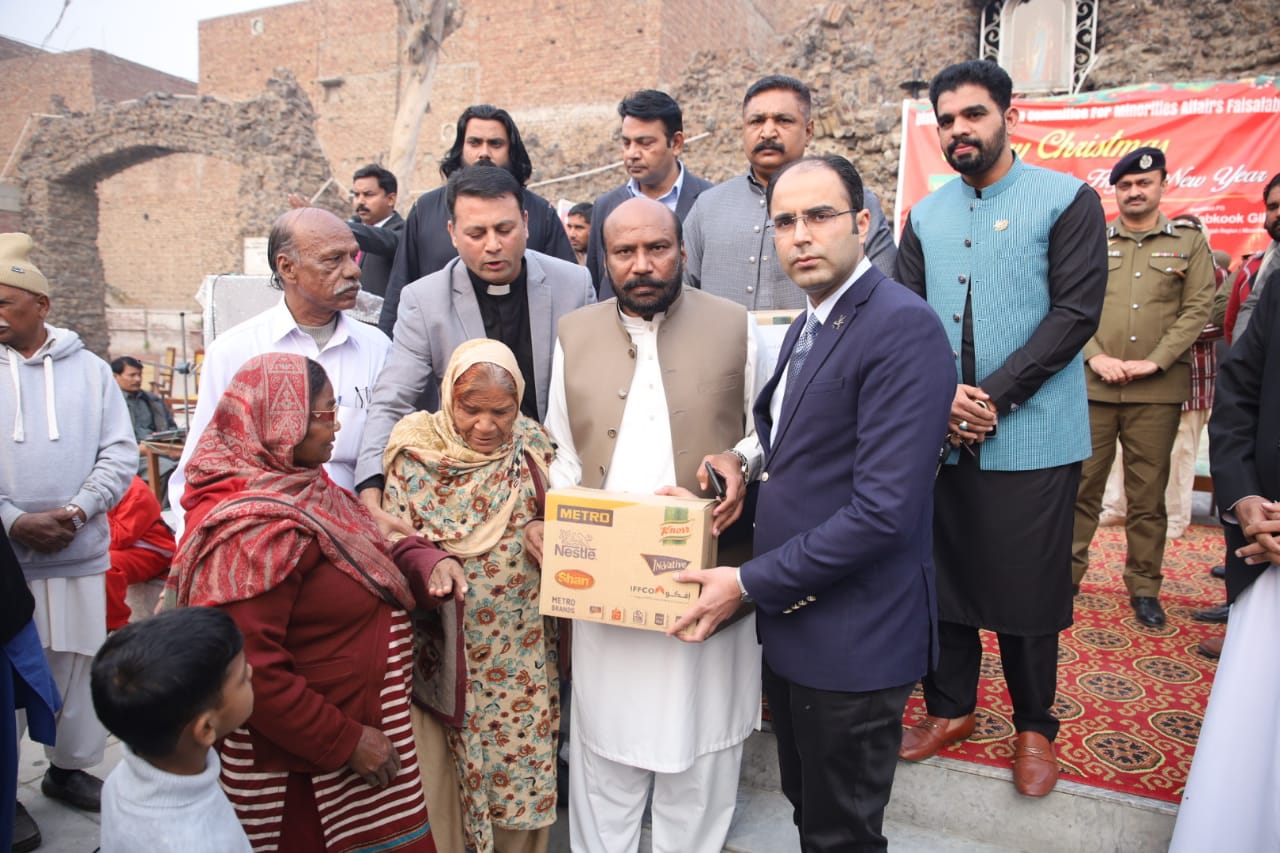 Faisalabad: 23 Dec : Under the arrangements of district administration, a Christmas function was held at Holy Rozi Catholic Church. Deputy Commissioner Ali Shahzad and CPO Ghulam Mubashar Maiken was chief guest and cut the Christmas cake along with Christian leaders and distributed food hampers among Christian.

Addressing the cake-cutting ceremony, the Deputy Commissioner wished happy christmas to christian community and said that the civilized nation celebrated their Joys and other festivals  jointly which strengthened the national relationship and sentiments of patriotism. He said that Christian community was playing their role equally for the development and progress of Pakistan and we would maintain peace and brotherhood as a united Nation.

He informed that the district administration had made strict security arrangements on the Christmas day and  for the recreation of Christian special arrangements had been made in parks and other places.

Deputy Commissioner  informed that District Administration had established 8 Christmas bazars in the diatrict for three days where all necessary items were provided on cheap rates.

CPO also informed about security plan for Christmas day. Leaders of Christian community said that Christmas day was a message of peace and love. In the end a special pray was offered for the  prosperity , brotherhood ,love and peace of the Pakistan.

« US thanks Pakistan for hosting ‘vital’ OIC summit on Afghanistan (Previous News)
(Next News) Imran Niazi’s government is going to end: Shehbaz Sharif »