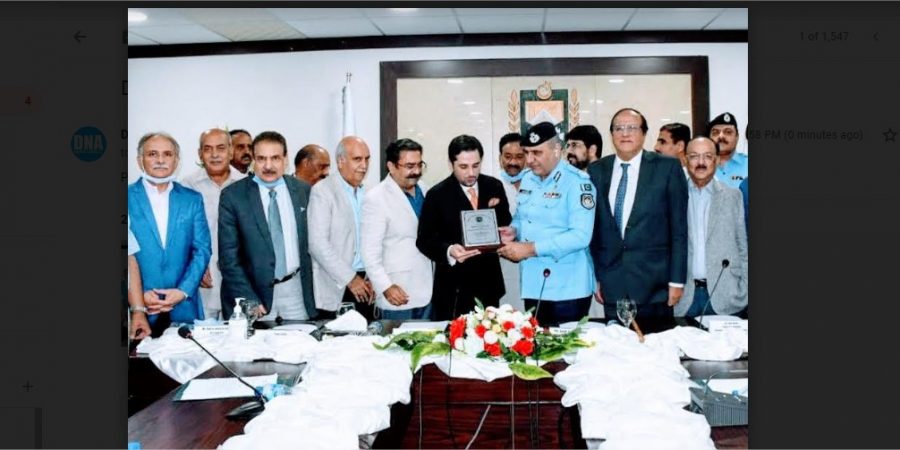 ISLAMABAD, AUG 12 (DNA) – The Islamabad Chamber of Commerce & Industry (ICCI) has established a Facilitation Centre of Islamabad Police in its premises to resolve the issues and provide police related services to its members in the premises of  Chamber.

Addressing the ceremony, Muhammad Aamir Zulfiqar Khan said that ICCI should propose a committee to resolve issues of business community and Islamabad Police would issue its notification.

He said that under Safe City Project, 1880 security cameras were installed in Islamabad and 97% of them were in working condition.

He said that after Aug 14, 2020, e-challans would be issued in Islamabad and after Lahore, the federal capital would be the second city of the country to issue e-challans. He said that with the good performance of Islamabad Police, crime rate has been reduced by 37% in Islamabad while accidents have reduced by 50% and he was feeling proud on his police. He said that civil society should fully cooperate with police to control crimes as its cooperation was key.

Speaking at the occasion, Muhammad Ahmed Waheed, President, Islamabad Chamber of Commerce & Industry said that providing maximum facilitation to its members on a key priority of ICCI so that they could promote business activities more smoothly.

He thanked Aamir Zulfiqar Khan, IGP Islamabad for visiting ICCI to inaugurate the Facilitation Centre and hoped that he would always cooperate with ICCI in resolving police related major issues of the business community.

Speaking at the occasion, Mian Akram Farid Chairman Founder Group appreciate the good performance of Islamabad Police that produced many prominent officers who rendered great services to the nation.

He said that Islamabad Police has created peaceful environment for business activities in the federal capital, which was laudable.

He highlighted the parking problems and traffic issues in Blue Area and gave proposals for resolving them. He said that Islamabad Police should further improve the working of security cameras installed under Safe City Project and gave many suggestions for this purpose.