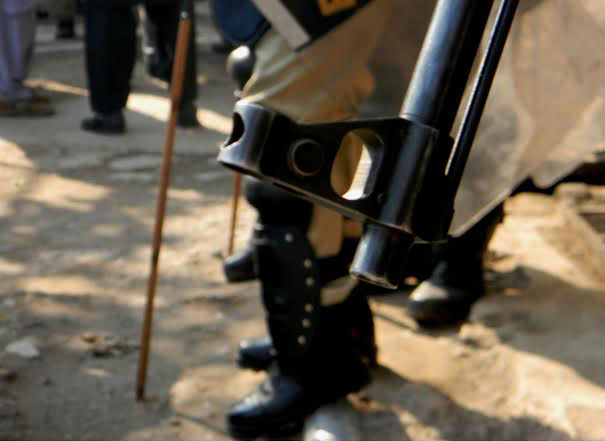 During his visit to the crime scene, the IG Sindh got a briefing on initial investigation into the incident. Talking to media, Khawaja said that the militants could not down the morale of the law enforcers. He said that it is not possible to provide two police mobiles each to 5000 anti-polio teams.

The IG Sindh announced a compensation of Rs 2 million for each family of the victim. Two family members of each family would also be given jobs in the police department, he added. Seven cops guarding polio workers killed in Karachi attack

Earlier, seven cops embraced were killed when they came under fire from miscreants in Karachi’s Orangi Town locality in deadliest ambush of 2016 on law enforcers.

According to our correspondent, two police parties were targeted in Bangla Bazar area where unidentified gunmen on motorbikes fired shots on patrolling vehicles. The policemen were guarding polio teams in the restive locality of Karachi where several polio teams have been attacked in the past.