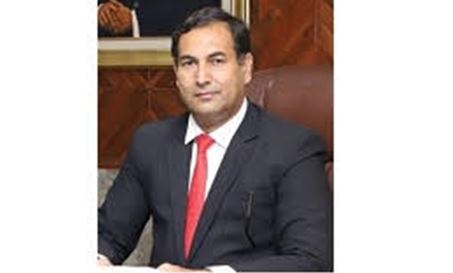 Pakistan is facing severe challenges due to global climate change which is a serious threat to the well-being and prosperity of the people. Already Pakistan is facing recurring heat waves, droughts, riverine & flash floods, landslides, and sea storms or cyclones. Due to global climate change, the frequency of such events has increased and a significant increase in temperature across the country has been observed. Now, in this summer season, Pakistan is suffering from the disastrous effects of heat-wave. The severe effects of heat-wave were evident in desert areas, especially in Thar and Cholistan deserts. Cholistan desert covers an area of 25,800 square km in the Bahawalpur, Bahawalnagar, and Rahim Yar Khan districts of southern Punjab. The desert stretches about 480 km in length, with a width varying between 32 and 192 Km. The human and livestock population in the desert is 0.1 and 2.0 million, respectively. The mainland use in the area is livestock rearing. Agricultural farming is not practiced due to the unavailability of irrigation water and low rainfall. More than 81% of the desert is under small and big sand dunes, while 19% consists of alluvial flats and sand hummocks. The area is affected by severe desertification due to poor vegetation cover, severe wind erosion and very severe soil salinity. In the summer season temperatures raised to 48 °C and sometimes rise over 50 °C during periods of drought. Water is collected seasonally in a system of natural pools called Toba, or man-made pools call Kund. Subsoil water is found at a depth of 30–40 meters but is typically brackish, and unsuitable for most plant growth.

Desert greening is the process of man-made reclamation of deserts for ecological reasons, farming and forestry, but also for reclamation of natural water systems and other ecological systems that support life. Desert greening has the potential to help solve global water, energy, and food crises. Desert greening is more or less a function of water availability. Water can be made available through saving, reuse, rainwater harvesting, desalination and wastewater treatment. A novel type of desalination is done with the Sahara Forest Project. This project uses solar stills for the generation of freshwater. Another novel technique is cloud seeding, either by artificial means or through the action of cloud-seeding bacteria that live on vegetation.

In the Morrocan city of Ouarzazate, the government is using wastewater for irrigation after its proper treatment, which is helping to green the drylands or deserts in the region. The Sahara Forest Project is using solar panels and wind turbines to help with their water issues. Large-scale solar and wind farm research has shown that such strategies can significantly change the climatic conditions around those farms. These farms can increase the heat and humidity in their vicinity which is good for plant growth. Solar and wind farms can also drive an increase in rainfall, as was seen in Sahel in the Sahara desert, Africa.

One way to make the desert soil fertile is by adding pyrogenic carbon. Pyrogenic carbon is nothing but the product of incompletely burnt organic matter. Examples of pyrogenic carbon include charcoal, black carbon, and soot. Recent research has shown that adding sources of pyrogenic carbon is a way to regenerate degraded and infertile soils, bringing them back to fertility. The plants that are used in desert greening projects are often those that love salt. This means that these plants can grow in conditions with high salt concentrations in the water. If the land is being used for agriculture, sustainable farming practices need to be employed. Crop rotation, permaculture, hydroponics, etc., are all key to keeping the soil viable over the long term. In addition to farming practices, intelligent landscaping can drastically reduce or prevent soil erosion, allowing fertile topsoil to remain in place.

Similarly, conservation of the Cholistan ecosystem is important both for the present needs and future challenges. In Pakistan, animal origin protein (meat, milk and eggs) is deficient. Despite many problems, there are also good opportunities for the development of livestock production in the Cholistan. Indigenous livestock breeds can be used by smallholders as a tool against poverty. By using modern techniques, it is possible to revolutionize livestock farming in the Cholistan. By using modern green desert or agriculture techniques, it is possible to convert and use desert land for Agri farming and forestry. It will bring more food in terms of crops and livestock. Government must look into the matter and allocate funds for the development of Cholistan. It would bring positive outcomes if the government engage the nearest universities like Khwaja Fareed University of Engineering and Information Technology, Rahim Yar Khan with the Cholistan development authority because universities are the center of modern knowledge and have the potential to quickly adapt and implement new technology. With suitable investment, concrete government policies, desert greening techniques and modern Agri technology, it is possible to convert Cholistan into a food basket for the rest of the country. It would result in less import of the food items, will reduce import bills and will create positive effects on Pakistan’s economy.