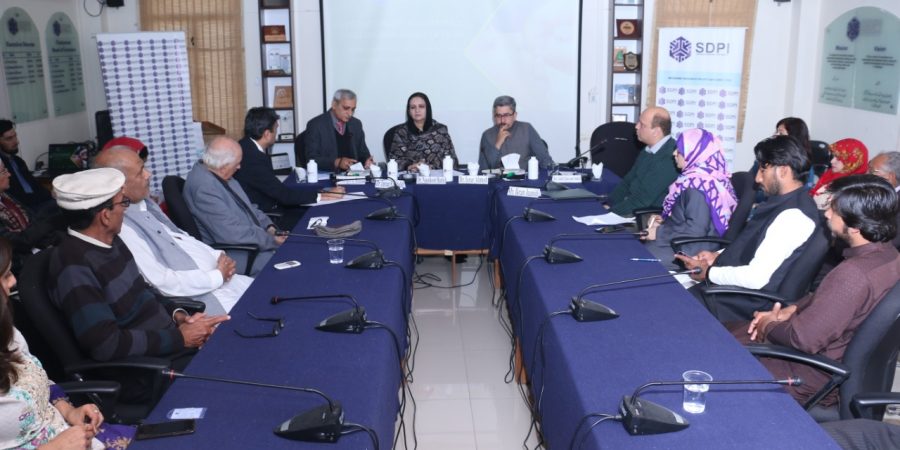 ISLAMABAD, FEB 17 (DNA) –  Parliamentary Secretary of National Health Services Regulations and Coordination, Dr. Nausheen Hamid, on Monday said that the government has taken multiple steps to fight and eradicate polio including comprehensive integrated approach which is National Action Plan 2020 with integrated health service deliveries. She said that the comprehensive integrated strategy includes the nutritional status and water, sanitation and hygiene (WASH) to fight polio, as only administrating polio drops are not enough.

She said this during a special seminar on polio titled “Pakistan’s fight against polio: Challenges and policy options” organised by the Sustainable Development Policy Institute (SDPI) here at Islamabad.

Dr Nausheen said that with routine immunization, the coverage in some provinces and areas are not very good, where the coverage in Baluchistan is only around 24 percent, in Punjab is more than 60 percent and same the case of Sindh and Khyber-Pakhtunkhwa. The integrated approach will help counter this issue, she added. She said fake finger marking, refusal rates, negative propaganda mainly on social media, and lack of ownership among communities are some of the major challenges in the way of polio eradication drive of the government. There is highest and strong ownership at Prime Minister, President, Chief Ministers and health minister levels which plays significant, effective and positive role in fighting polio in the country, she added.

While stressing the need of national ownership, she said that the government has notify the National Strategic Advisory Board which has members from all across the political parties and other stakeholders. She said that the SAPM has taken bold steps in depoliticizing the campaign while taking all political parties on board.  “To counter negative propaganda and educating the community on vaccine safety, the government has worked out a new communication and media strategy to raise awareness on the importance of polio vaccination through showing real life stories of polio-affected persons in media campaigns, which produces very positive results”, said Dr Nausheen adding that the government has also banned around 32 Facebook pages and accounts which were spreading negative propaganda. Coordination with Afghanistan is being strengthen and transmigration across the Afghanistan border now will be monitored and polio drops will be ensured for every child crossing the border on the entry point, she stressed.

Dr. Israr url Haq, Polio Advisor to Special Assistant to Prime Minister on Health while highlighting the social-economic perspective of the polio eradication campaign said that the perception and awareness around the dire consequences of poliovirus and diseases is very little among the communities. He said people are less threaten by poliovirus as compared to dengue and coronavirus because there are more patients and visibility of these diseases. He said that people need to understand that polio vaccination is about the eradication of polio-virus and disease from human history, whereas other vaccinations are about reduction and control of spreading viruses. To a question of safety and quality of the polio vaccine, Dr Israr said that the polio vaccine is the safest for human health and any amount of doze doesn’t have any negative impact on health. He stressed upon the community and parents to take the national ownership of this programme for the sake of their children and the country.

Dr. Imran Khalid, Research Fellow, SDPI highlighted the need for effective coordination amongst all stakeholders. In this context, he said that the growing numbers of polio cases in the year of 2019 (a total of 144 polio cases were reported, as compared to 12 cases in 2018 and only eight cases in 2017) are quite alarming and big challenge for Pakistan.  He said information sharing was key in terms of ensuring that lessons from our successes and failures were adequately communicated.  Highlighting the important role played by polio workers, he called for ensuring their protection and welfare.

Dr Shafique-ur-Rehman, National Surveillance Coordinator, World Health Organisation (WHO) said that the change of leadership in the national polio programme at all levels and even the policies negatively impacted the programme. He said in the last year, politicization of the polio program, diminished the one team approached, which was established over the years. He stressed the need for revival of National Energy Center, where one team approach has to be operational. We need sustainability and continuity of policies for positive results, he added. He also emphasized the need of implementation of National Action Plan 2020 in letter and spirit.

Ikram Junaidi, Senior Correspondent (Health & Social Sector), Daily DAWN said that Pakistan reached three times at the verged of polio-free country in last 15 years, but unfortunately, whenever there is transition of the government and owing to politicization, the programme failed to achieved the desire results. While terming the appointment of Babar Atta a major blunder, he said that Babar changed the wining combination of team in KPK and Islamabad which lead to the current embracement situation. He stressed upon the WHO to come up with clear polices to help eradicate the polio.