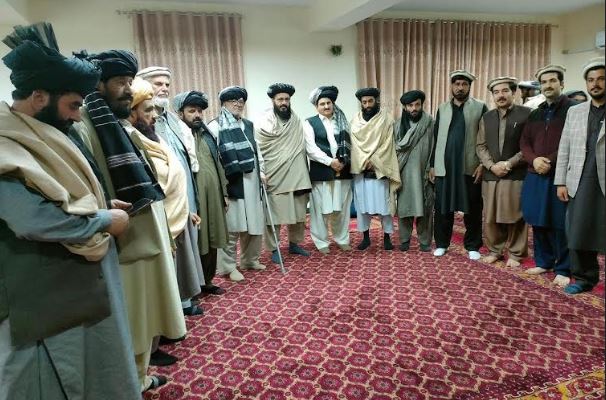 PESHAWAR… At last government and banned Tehrik Taliban Pakistan reached on what the tribal elders claim Peace Accord. The accord between the two sides was materialised by Haqqani network with help of traditional tribal elders Jirgas from North and South Waziristan.

The tribal sources informed media about possible peace accord on Sunday. In according to first initiatives, the government had made free 100 militants, associated with banned TTP. However, the tribal sources said that TTP is demanding immediate release of 112 persons including hard core militants, included some of them convicted by courts in terrorist cases.

The tribal sources informed that the Mehsud tribal elders jirga already returned from Khost whereas the North Waziristan traditional jirga of elders is still across the border in Afghanistan and had visited Governor House Khost on Sunday.

The Jirga held talks with leaders of banned TTP. The jirga members confirmed an agreement between government of Pakistan and TTP. So far the government has neither confirmed nor contradicted the reports regarding peace agreement.

Elders in both the Jirga also held successful talks with Mufti Noor Wali Mehsud who is leading banned TTP.

Efforts for reconciliation between the Government and banned TTP was commenced soon after empowering of Taliban in Afghanistan on August 15th last through Chief of Haqqani network. As a result Takiban had declared ceasefire from November Ist for one month. Later banned TTP alleged violation of ceasefire on December 9th 2021 last.

During this period, judiciary and civil society members have denounced peace accord. It  iis believed that like past people from civil society organisations, judiciary
, progressive democratic and nationalist minded political forces will oppose reconciliation with taliban.