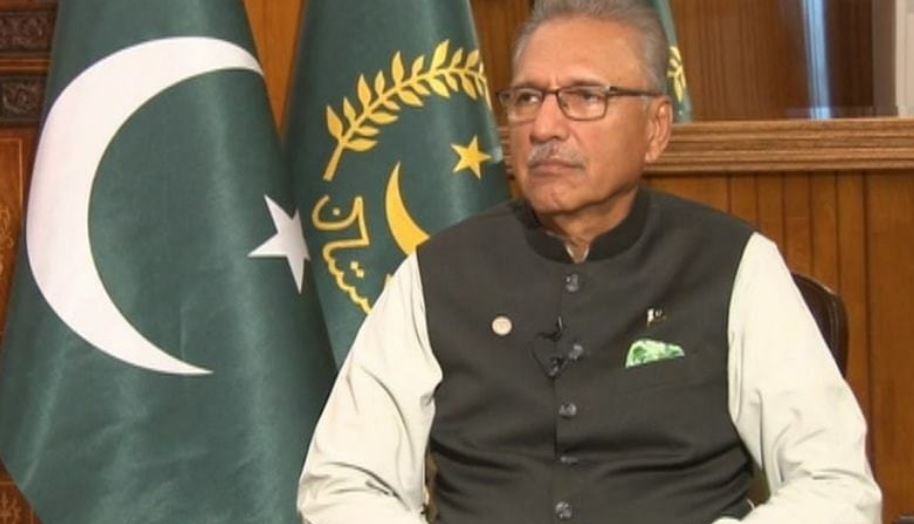 ISLAMABAD /DNA/ – President Dr Arif Alvi on Sunday promulgated an ordinance to amend the Prevention of Electronic Crimes Act, 2016 (Peca) as federal Law Minister Barrister Farogh warned that no one would be exempt from indulging in “fake news”.

The development comes a day after the federal cabinet gave approval for a presidential ordinance to amend the Peca, 2016. Information Minister Fawad Chaudhry said the approval for the ordinance was sought through circulation.

The ordinance, a copy of which is available with Dawn.com, has been called the Prevention of Electronic Crimes (Amendment) Ordinance, 2022 and “shall come into fore at once”.

An amendment has been made in Section 20 of Peca, increasing the jail term for defaming any person or institution from three years to five years.

Further, the complainant has been defined as the aggrieved person, his authorised representative, his guardian in case he is a minor or “a member of the public in respect of a public figure or a holder of public office”. Online public defamation has also been made a cognisable and a non-bailable offence.

The definition of a “person” has been expanded to include any company, association or body of persons whether incorporated or not, institution, organisation, authority or any other body established by the government under any law or otherwise.

The ordinance also stipulated the insertion of a new section in the act under which a timeline was given for the court to wrap up the case. “The trail shall be concluded expeditiously, but preferably not later than six months of taking cognizance of the case.”

The ordinance also stated that the court would have to submit a monthly progress report of any pending trial to the high court concerned and give reasons for the inability of the court to expeditiously conclude the trial.

“In case the high court finds the reasons given by the court under sub-section (2) to be plausible … it may accept the explanation of the court, and prescribe fresh timelines for the conclusion of a trial.”

It stated that where the Ministry of Law and Justice secretary of the provincial secretaries of the same ministry were of the opinion that the delay in the disposal of the trial was attributable to a presiding officer or any of its functionaries, “it shall furnish such information to the high court concerned, proposing suitable action.”

It added that the high court could order disciplinary action against the presiding officer or any of the court’s functionaries if they were found to be responsible for the delay in the disposal of the trial.

“The chief justice of every high court shall also nominate a judge along with other officers from the court for acting under this section,” it concluded.