The Federation of Pakistan Chambers of Commerce and Industry (FPCCI) has asked the government to allow the reopening of restaurants at the earliest with minimum 50 percent seating capacity under the strict the SOPs set by the government.

In a meeting with Provincial Minister for Industries, Commerce & Investment Mian Aslam Iqbal along with the delegation of restaurants and marriages halls owners, FPCCI President Mian Anjum Nisar urged the authorities to announce a date for reopening of the eateries, as the government has assured the restaurant owners several times of reopening, which was not implemented so far.

He observed that countrywide lockdown in the wake of the Covid-19 pandemic has officially been lifted for a long times, as gyms, salons, shopping malls, markets and almost every business has been allowed to reopen except restaurants, which is not fair.

Mian Anjum Nisar said that every business took the hit during the lockdown period while restaurants also incurred heavy losses, as the industry employs hundreds of thousands of workers across the province, who might go jobless if the current situation persisted for a long time.

The restaurants’ bodies’ representatives have met with government authorities many times, apprising them of their plight and suggested SOPs they could take while resuming operations.

The restaurants owners, on this occasion, said that during the lockdown they were constantly taking up the issue of reopening of restaurants with the authorities, as they also wrote to the chief minister as well as the prime minister, asking them to kindly look after this industry, which is in a bad condition but all in vain. They said that the authorities’ response was apparently quite encouraging, and even the provincial cabinet committee decided several times to allow restaurants to reopen but never implemented this decision. They said that the Punjab cabinet committee also sent its recommendations to the federal government for its final approval from the National Coordination Committee (NCC) but no final date of restaurants opening was decided so far.

Mian Anjum Nisar said that the FPCCI was well aware of the miseries of this sector and had already taken up the issues at the highest level. He said that hotel industry has been allowed to reopen in several countries, as everyone has now to live with coronavirus like several other diseases. So, the government should manage and allow restaurants to reopen in line with other industries and sectors.

He stated the marriage halls and restaurant industry has been very badly hit by COVID-19 and non-operational since March 20th, 2020. This pandemic has caused many restaurants to close down permanently while others are near to bankruptcy.

He demanded that marriage halls and marquees should also be allowed to reopen and operate at 50% capacity up to a maximum of 300 guests, duly following the SOPs as approved by government. He suggested that the restaurants should be allowed to operate during timings from 12:00 pm to 12:00 am.

Mian Anjum Nisar recommended that the rent of restaurants established at government owned properties and parks should be waived off at 50%.

He said that during the closure period restaurants have incurred operational expenditure without any revenue from their own resources including payroll, salaries, utility bills, rentals etc. Therefore, financial assistance package is required for restaurants by way of working capital facility of up to Rs.10 million as soft loan without markup.

He asked the provincial minister to recommend federal government that a similar package should be given to restaurants as given to small industries and commercial shops where 3 months for loads up to 70 kilowatts be waived off.

He asked the government to take appropriate necessary actions for possible implementation in order to revive the restaurant industry. 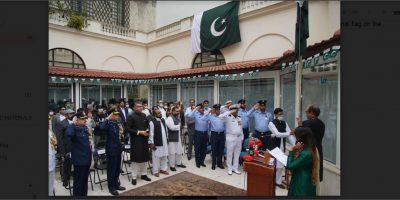 DNA PARIS, –  Pakistan’s flag was hoisted at a ceremony held at the Pakistan EmbassyRead More 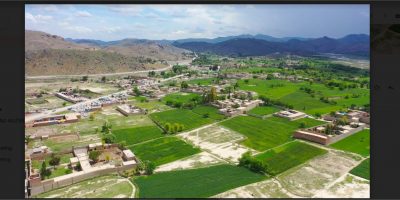